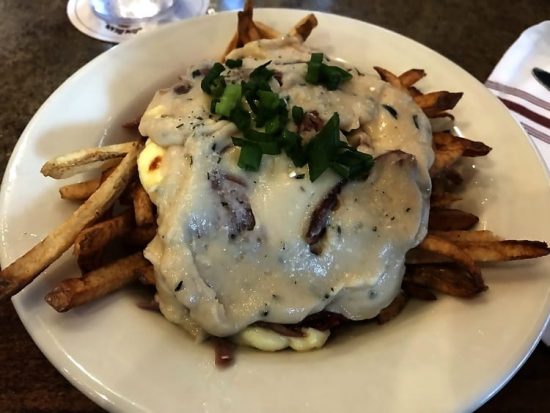 When my ex came to visit our daughter, I wanted to prove to him that Idaho wasn’t as lame and boring as he tried to make it sound, so I searched for a place that served poutine and we made our way downtown to The Piper Bar & Grill. As a couple kids from Montreal, we were both looking forward to a dish from our home and native land. Joining us, Hayley was excited, too — until they put the plates down. Having read the description, we fully understood that they made their gravy with duck fat.  An unusual choice, but we could roll with it.  Still, we weren’t expecting what we got.

First of all, it just didn’t look very appetizing. Poutine is a rich dish on its own and this was just swimming in an extra layer of grease. It seemed like the cheese had been baked onto the overcooked fries before the gravy was heaped on top. As a result, the texture wasn’t the melted goodness we were used to. Instead, it was thick and dry. Silently picking through the layers in search of anything salvageable, none of us wanted to admit what we were thinking. Ultimately, we had to agree that we’d discovered the worst poutine ever. 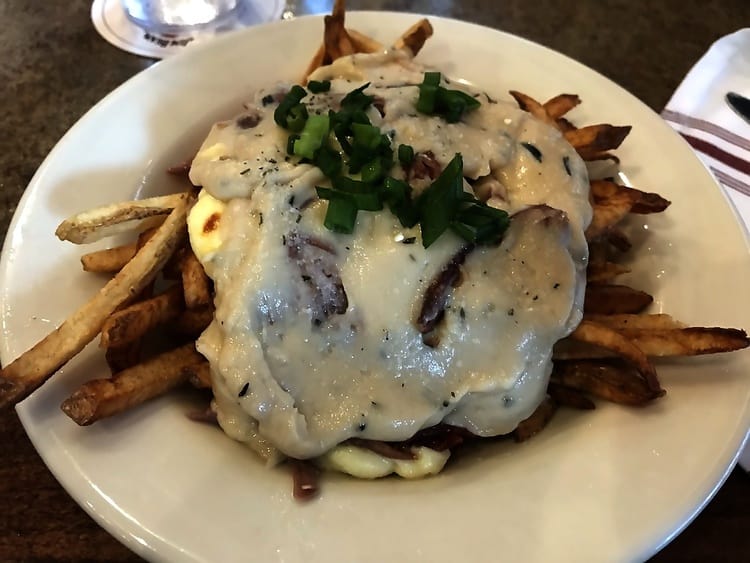 Making matters worse, we were all really hungry. This turn of events did nothing to improve our moods. My ex ordered a drink to cut through the oiliness in his stomach, and we paid for our food before heading someplace else to eat. The service was decent enough (okay, Hayley was not happy with it), but the place was so dark. It just wasn’t quite our vibe.

After 30 years in business, The Piper Bar & Grill shut its doors in November 2018 and, undoubtedly, many Boiseans were sad to see it go. When we explored downtown for the first time, I snapped a shot of the place because it looked cool. It also stood out because it had the same name as one of my best friends growing up (Hi Piper!).

With the booming expansion in Boise, The Piper Bar & Grill didn’t quite fit the vision of the developers looking to revitalize the downtown core. Even though we didn’t enjoy the poutine, it’s sad to see something close after three decades. Hopefully, the owner has found a new venue and is on the path to an even better future!