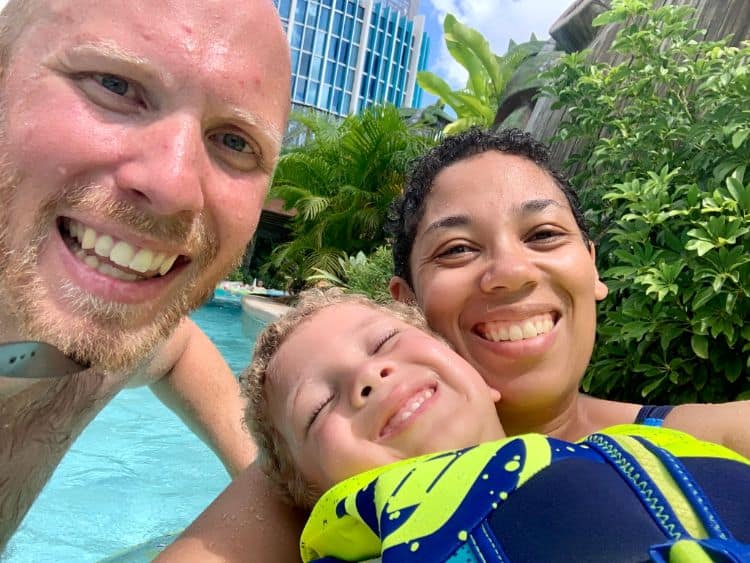 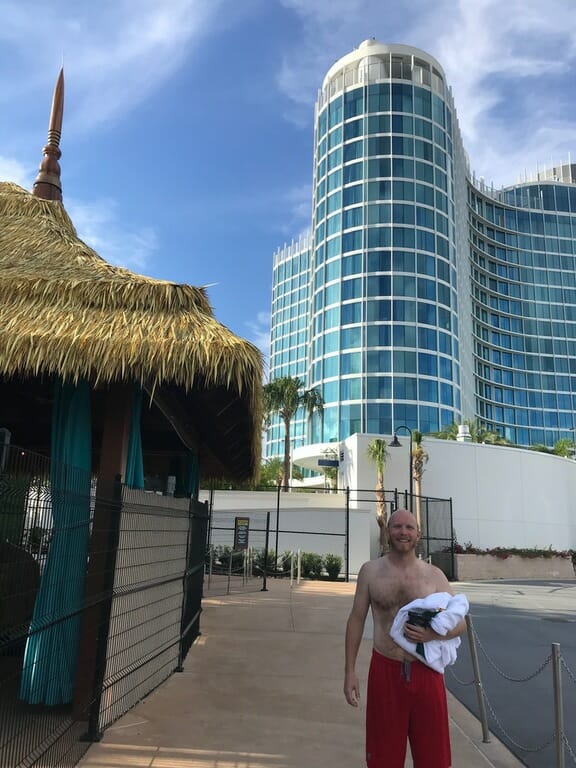 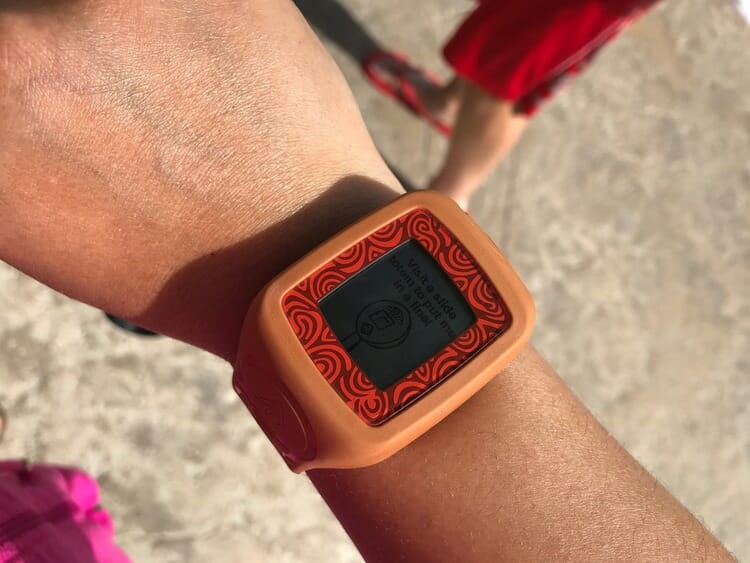 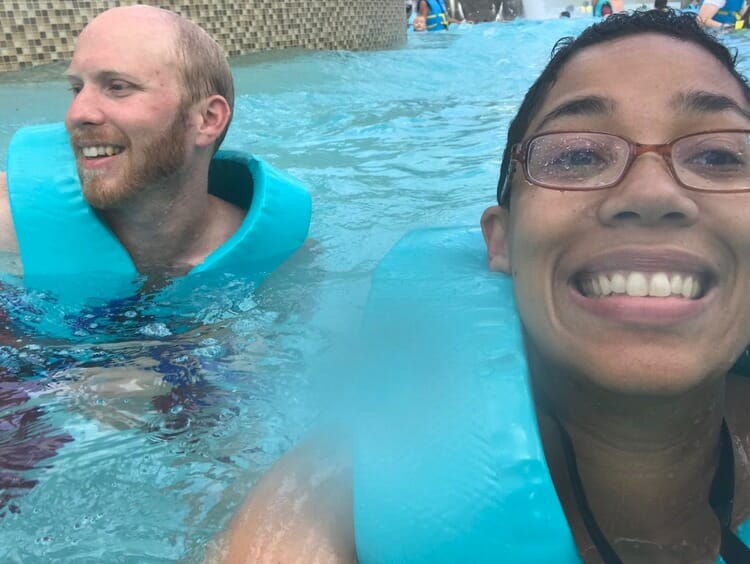 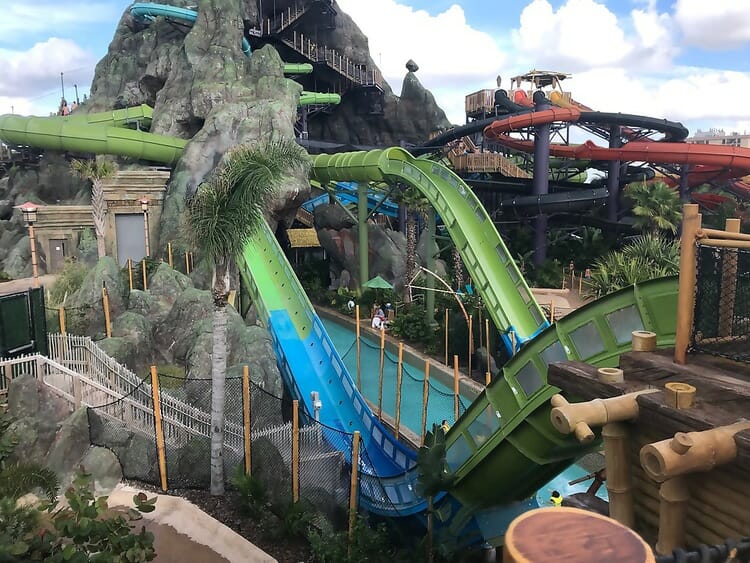 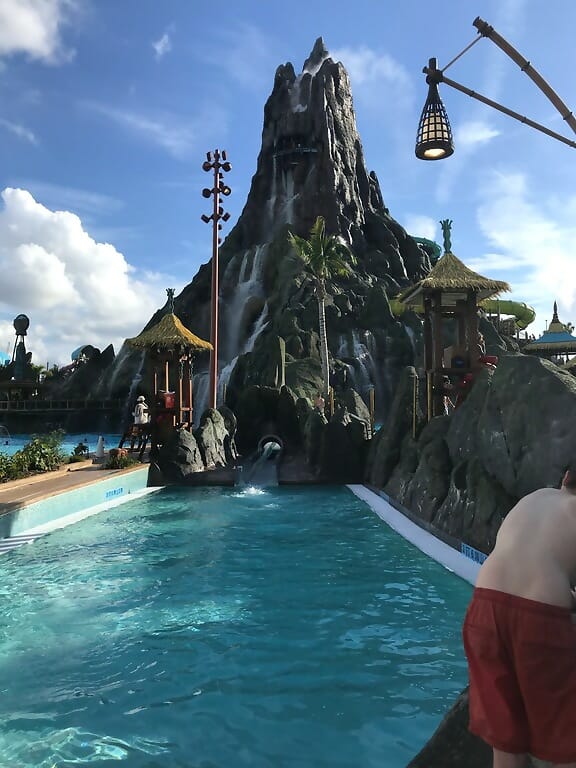 This post was originally written after Josh and I went to Volcano Bay as a couple. I’m updating it now that we’ve returned with our four-year-old, Caleb. He absolutely loved seeing Volcano Bay in the distance while we were staying at the Surfside Inn and Suites, and was so excited when it was finally time to go. We brought our own Coast Guard-approved life jacket because my germaphobia didn’t want him wearing one that had been worn by a million other kids… 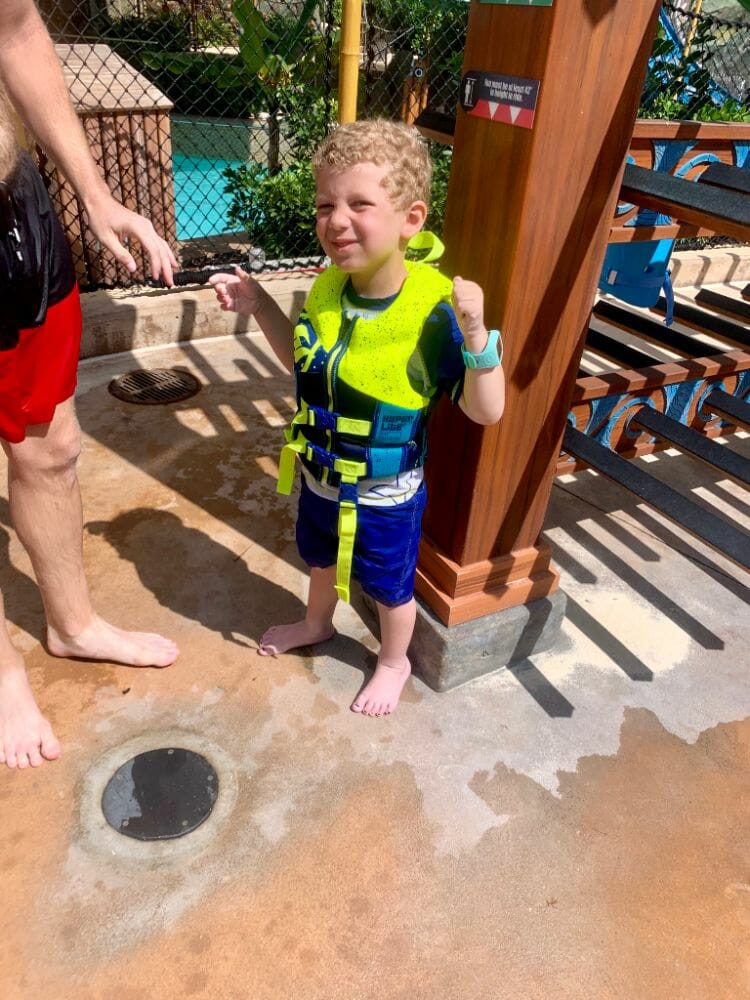