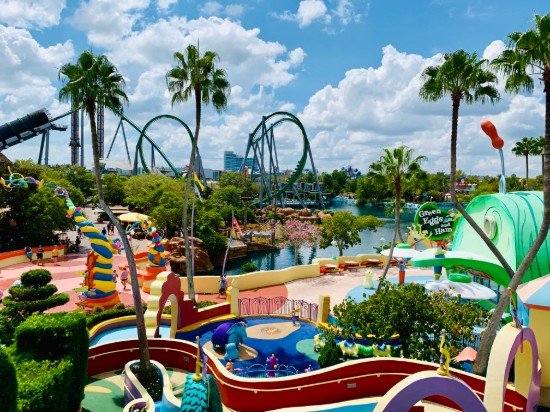 Universal’s Islands of Adventure is a great family-friendly park. It has been named “Best Theme Park” several years in a row. It has attractions for all ages from small children to thrill seekers.

To be fully and completely honest, we have let you know that we might be a little biased. We absolutely love the parks at Universal Orlando Resort. There are great places to stay (we recommend Surfside Inn & Suites for families and the Aventura Hotel for adults/couples!), amazing restaurants and even the Volcano Bay water park. If you have time, be sure to also head over to Universal Studios Florida and see all that it has to offer! For now, though, here are

Hulk Smash! That’s what you’re going to want to do the second you get off this ride because you’ll be so mad that it’s over — until you turn around and get back in line, of course! It’s a launch coaster with a top speed of 67 mph, two subterranean trenches, and seven inversions, this is the most extreme of all the rides at Universal Orlando Resort. 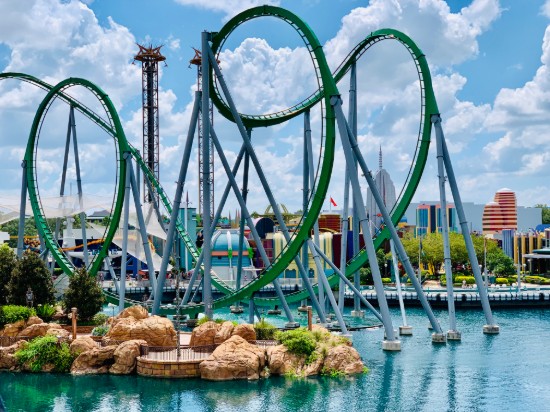 For years, I’d been intimidated by the massive track, but once I got on, it became one of my favorite rides in the world. In fact, during one trip, I rode it six times in two days! Recently, The Incredible Hulk Coaster was revitalized with new cars and tracks as well as an amazing musical score. You’ll feel like you’re ready to join The Avengers!

New in 2019, Hagrid’s Magical Creatures Motorbike Adventure is a story coaster that takes riders through the Forbidden Forest. You can ride on the motorbike or the sidecar, but the experience is largely the same. The best part is having the Harry Potter score blasting through the speakers while coming face-to-face with famous creatures such as Fluffy, the three-headed dog and even Devil’s Snare! 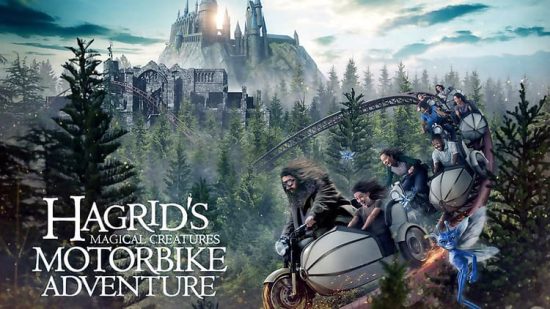 There are seven launches, more than any roller coaster in the world and it’s the second in the United States to feature a vertical freefall (Verbolten at Busch Gardens Williamsburg was the first!). Along with suddenly dropping 17 feet, it’s the longest roller coaster in Florida, and features a 65-foot “spike” at more than a 70-degree angle.

The Amazing Adventures of Spider-Man 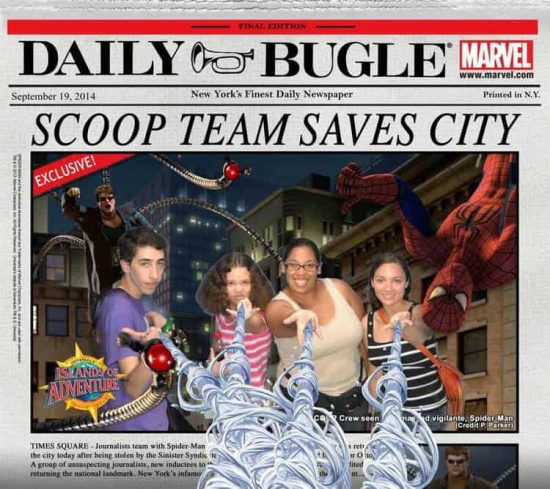 This ride is such a classic. It’s cheesy, and if you believe the rumors, it’s also about to undergo a major overhaul. So far, it doesn’t look like it’s going to be replaced by Jurassic World ride like the one at Universal Studios Hollywood.  They’d be crazy to get rid of it, in our opinion, because everyone loves Jurassic Park River Adventure. There’s no way we couldn’t include this in our Top 5 Rides at Universal’s Islands of Adventure! 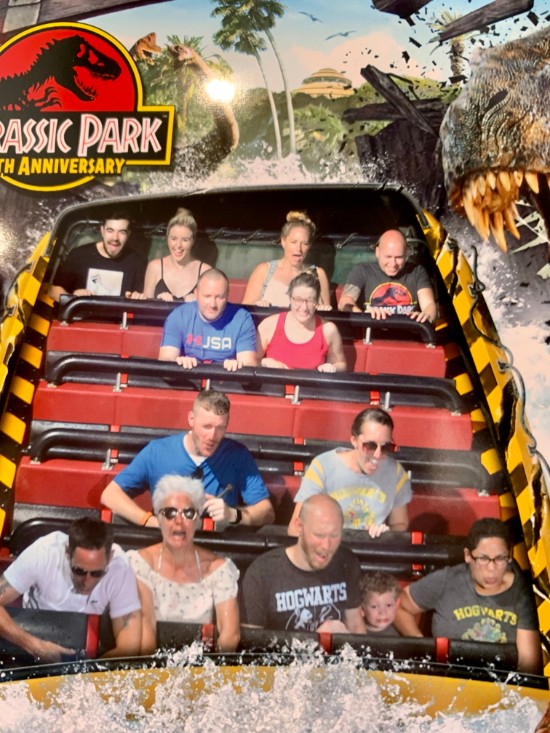 You will literally flip over this ride! Don’t let the fact that this ride relies on virtual reality rather than an actual ride track fool you. Your seat on Harry Potter and the Forbidden Journey is capable of maneuvering in ways you’ve never imagined! You’ll soar over the Quidditch pitch, through the corridors of Hogwarts, and deep into the Forbidden Forest. Watch out for the Womping Willow!

Same advice if you hate spiders. Finally, unlike the ones at Universal Studios Hollywood and Universal Studios Japan, this version of the ride has a dragon that breathes real fire. We LOVE it, but if you’re freaked out by flames, don’t bother with this!

Traveling to Universal’s Islands of Adventure with kids? You’ll want to know which rides are best for the younger crowd. My first suggestion is that you get familiar with the ride height requirements at Universal Orlando Resort. Take a good look at those requirements because they may narrow down the selection considerably. 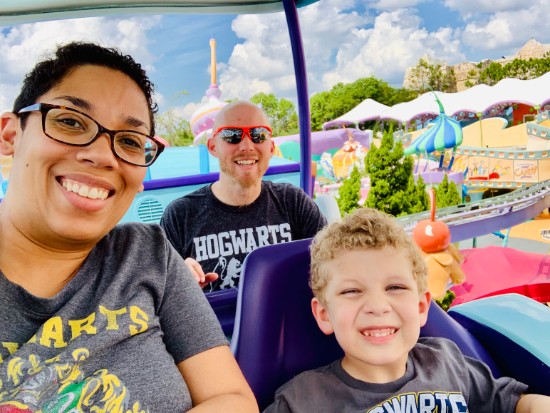 Also, don’t assume that your measurements will be the same as those at Island’s of Adventure. When we took Caleb for a checkup right before the trip, we were told that he was 44 inches tall. At the park, he barely cleared the the 42-inch mark indicated on the markers. That meant we couldn’t do certain things that we had planned.

Fortunately, we still had a blast and we’re so grateful that he’s a roll-with-the-punches kind of kid. That being said, we learned the hard way that he does NOT like getting drenched. He was okay with a little splashing, though!

Top 5 Rides at Universal’s Islands of Adventure for Small Kids:

Whether you go on your own, as a couple/family or with friends, you can’t go wrong with Universal’s Islands of Adventure. There’s something for everyone, even park guests who don’t want to get on any rides. As the name suggests, you’ll have the best experience if you just let loose and enjoy the journey. Have a great time!