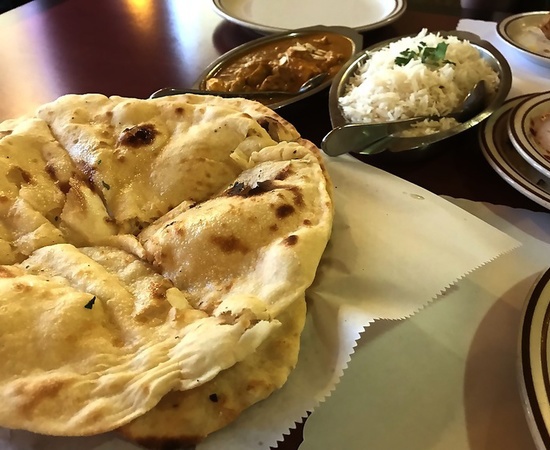 There aren’t many Indian places that we like in Boise (okay, we don’t like any of them so far) so when my daughter, Hayley, and I were outside Salt Lake City for a weekend at Lagoon, we couldn’t resist checking out the restaurant next to our hotel, Taste of India. 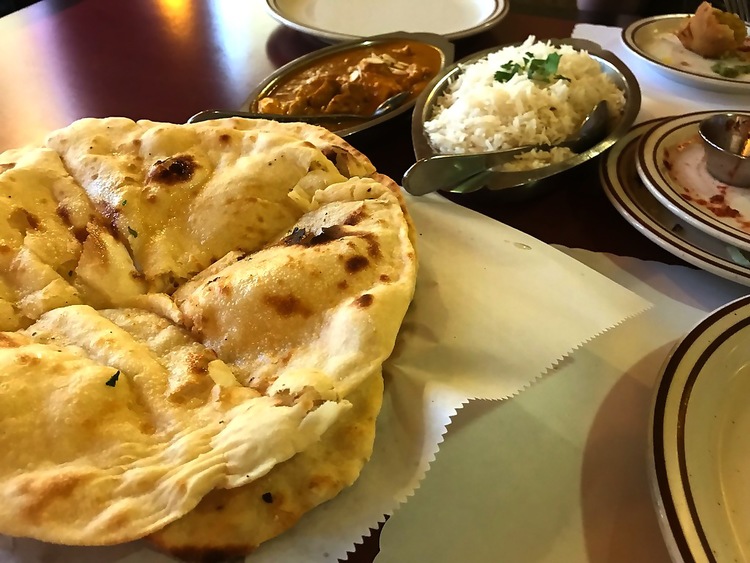 Taste of India is easy to miss if you’re driving by, but we happened to be walking around when we made the discovery. Nestled in a small strip mall, the exterior isn’t particularly welcoming. When we opened the door, though, we were pleasantly surprised to see the relatively large, clean interior.

From the looks of it, there’s a buffet at lunchtime, but we aren’t buffet people so we were happy to order off the extensive menu. They offer a wide range of appetizers, entrees, and desserts, and they even have a full section devoted to vegetarian fare (which came in handy when I visited with Lauren a few months later).

No matter where we go, we tend to opt for a korma dish if they have it.  Here, we were happy to see that they had both Chicken Korma and Chicken Coconut Korma. We ordered the former along with vegetable samosas, rice, and two orders of naan bread. 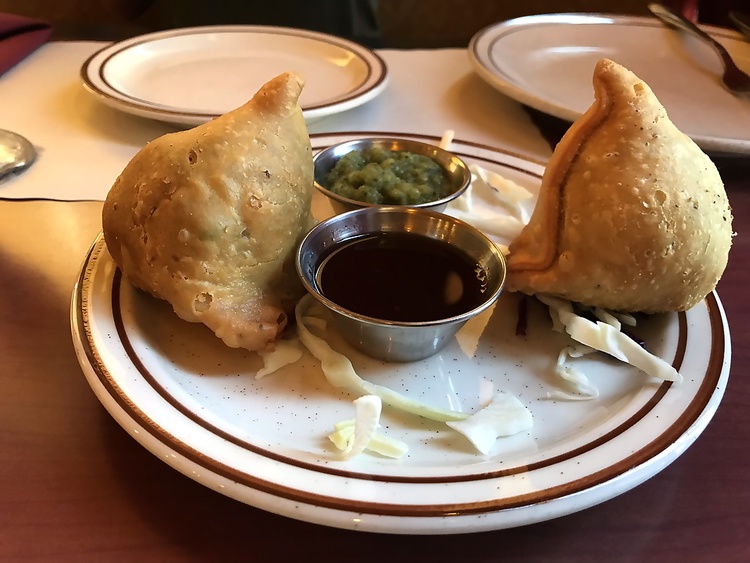 Honestly, it was the best Indian food we’ve had at a restaurant in years! First, the samosas were the perfect texture — crispy on the outside while warm and soft on the inside. The seasoning was spot on and left me wishing I’d ordered two servings just for myself!

The Korma at Taste of India was also very, very good. I’m particular about my chicken, but this had a great texture. Their sauce had the right amount of heat, and there was enough for us to ladle it over our rice but still have some left for sopping up with the bread. We were licking our plates!

The service we received at Taste of India was great from beginning to end. We were seated quickly, attended to often, and the server made an effort to get to know us. After explaining that we were in Utah for Hayley’s birthday, to our surprise, they brought out a bowl of mango ice cream for her — with two spoons! 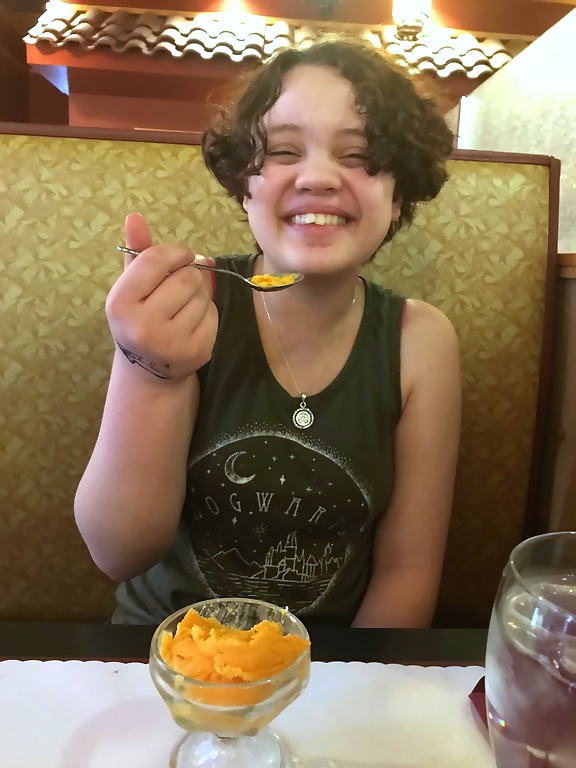 Already so full from the meal, we weren’t sure if we could manage to take a single bite.  As soon as we tasted it, though, we couldn’t resist. Really, it was a fantastic meal and that was a great way to finish!

Several months later, my older daughter, Lauren, and I were traveling through Salt Lake and we decided to stop and grab a bite at Taste of India. She was curious to see if it deserved all the praise we’d given it. 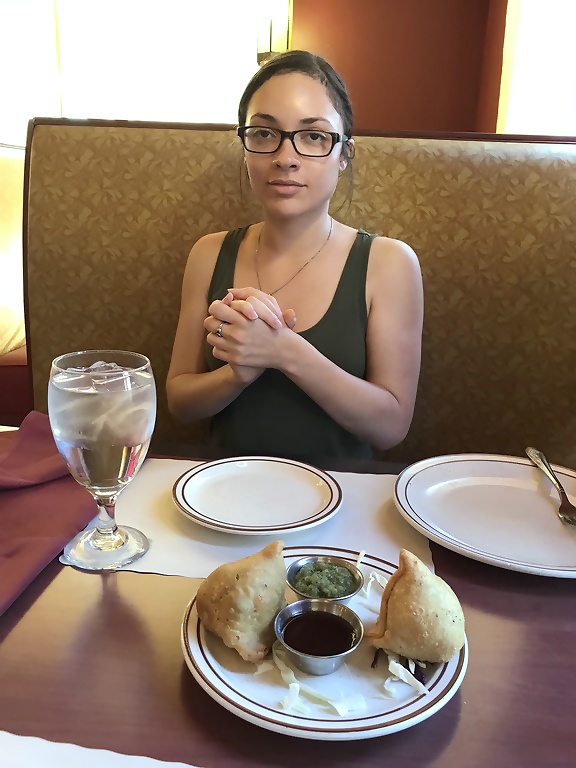 We ordered the vegetable samosas and, of course, they were just as good as I remembered. In fact, again, I regretted not ordering more. Lauren agreed. This was definitely the highlight of our meal.

For our main dish, she ordered the Vegetarian Korma while I stuck with the chicken. I couldn’t remember if I’d chosen the Coconut or the regular Korma so I picked the former and, well, it just wasn’t as good. It was still tasty, don’t get me wrong, but when I go back, I’ll definitely leave the coconut flavor alone.

My kids got me a season pass to Lagoon for Christmas and I’m planning to get one for Josh for Father’s Day (shhh, don’t tell!). Next time I’m in the area, I’ll definitely visit Taste of India for the delicious samosas and more!

Where to Eat in Las Vegas — Even Keto and Vegetarian!