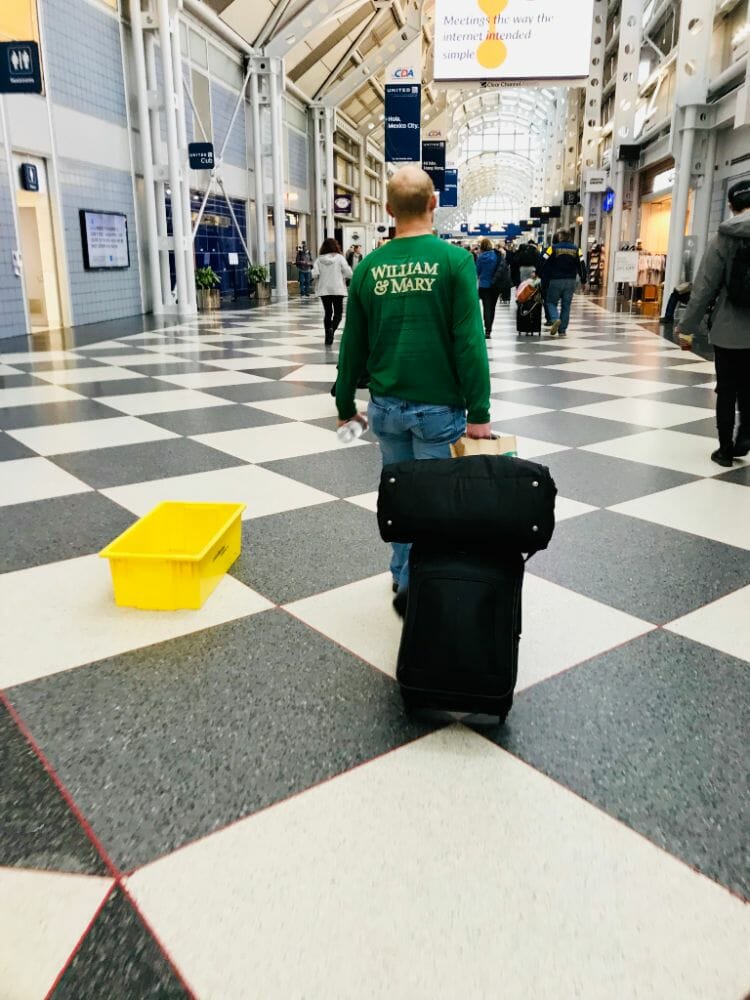 If you live with travel anxiety (or just general anxiety and/or obsessive compulsive disorder, like we do!), then you know that a flight delay is extremely stressful. Truth be told, most people dread learning that their flight won’t be taking off as planned. If you’ve got an important meeting or a tight connection, a delay can derail your entire trip. We’ve even had it happen during a life and death situation, which was very tough. We all have our reasons for wanting to get to where we are going quickly and with as little hassle as possible. Maybe that’s why people are always interested in knowing the most delayed airports.

Have you ever been on a delayed domestic flight and overheard people panicking that they won’t make their international connection? On our trip to Japan, that was us! For our flight to Osaka (KIX), our connection from Los Angeles (LAX) to San Francisco (SFO) was delayed several times. Despite planning a two-hour buffer, the delays wiped out our layover completely. By the time we made it to SFO, our flight to KIX had boarded. It was still at the gate, though, so we hoped we might still make it on. 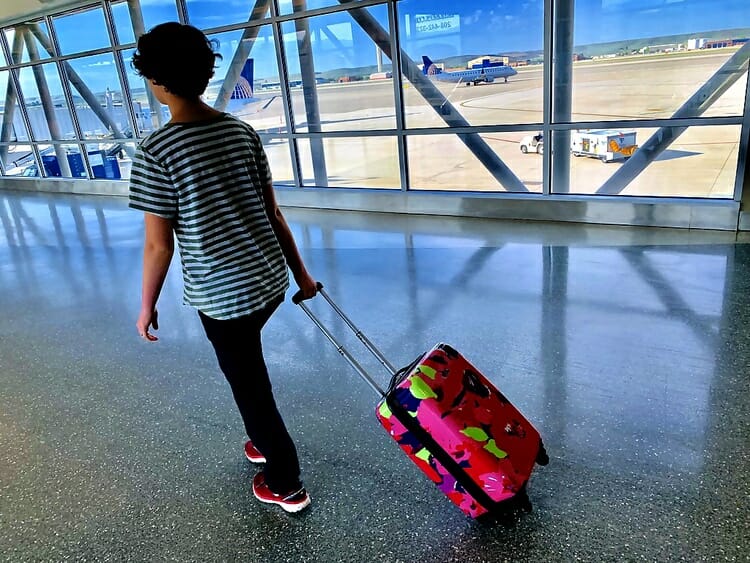 Despite the fact that our flight had more than 10 people needing that connection, United chose to close the gate even though they knew we had arrived at the airport. The airline had rebooked all of us while in-flight, though — to Hong Kong! The group of us had to find another counter and negotiate seats on a flight to the Japan. We ended up flying to Tokyo and then having to take a domestic flight and bus from there to Osaka. What a mess! Looking at this list of most delayed airports, we can get an idea of what happened…

If you’ve ever wondered which airports have the most delays, Financebuzz.com has your answer. They looked at the overall delay times from U.S.-based hubs in 2018 and came up with the kind of Top 10 list you don’t want to be on. Of course, it shouldn’t be surprising that these are among the busiest airports in the country.

The collective number of years these delays cost travelers is staggering. It was frustrating just to review these numbers! For example, Chicago O’Hare wasted 1,133 years of passengers’ lives in 2018 alone! That’s insane! Here’s how the most delayed airports stack up:

We’ve been delayed at ORD several times, and it’s always been due to the weather. It’s worst in the middle of winter because the Windy City sees a lot of snow, but it can happen any time of year. During one particularly annoying delay, the ceilings were leaking so much that there were buckets everywhere! As we were running around with our luggage, I definitely was afraid of slipping and the mess triggered my OCD.

It’s a gorgeous airport, though, and it made for some cute pictures! We just know that when we travel through ORD, we need to expect delays. At least we had time to feed Josh’s addiction to Starbucks mugs. You can even seen the Starbucks bag in the picture above!

Can You Avoid These Airports?

It’s hard to know whether these lists are even worth sharing. Can you avoid these airports in order to avoid delays and the travel anxiety that comes along with them? In most cases, it will be tough or even impossible. Try going to Disney World or Universal Orlando Resort without flying in and out of MCO! It’s possible, but usually not practical or time-efficient.

The best you can do is prepare yourself for potential delays when you’re traveling. Some travel insurance policies even have coverage in the event that you experience a significant travel delay. If your travels take you through one of these most delayed airports, you might want to buy a policy (be sure to read the coverage rules!).

Related post: 7 Easy Things You Can Do When Your Flight is Delayed

If you think you might file a claim, keep track of all your receipts. You’ll need them as proof of your purchases. San Francisco is one of the most expensive airports we’ve ever seen in terms of fast food. If you get delayed there, it will cost more to eat so if you can get reimbursement for the delay from insurance, it will be worth it!

Be Patient and Courteous

If you get delayed, immediately speak to your airline about your rebooking options. Don’t wait it out, because other travelers will end up beating you to the good alternatives. It’s best to be proactive in those situations. Also, check your travel insurance policy to find out if you have benefits for travel delays. If you do, be sure to keep your receipts so that you can submit them with your claim. 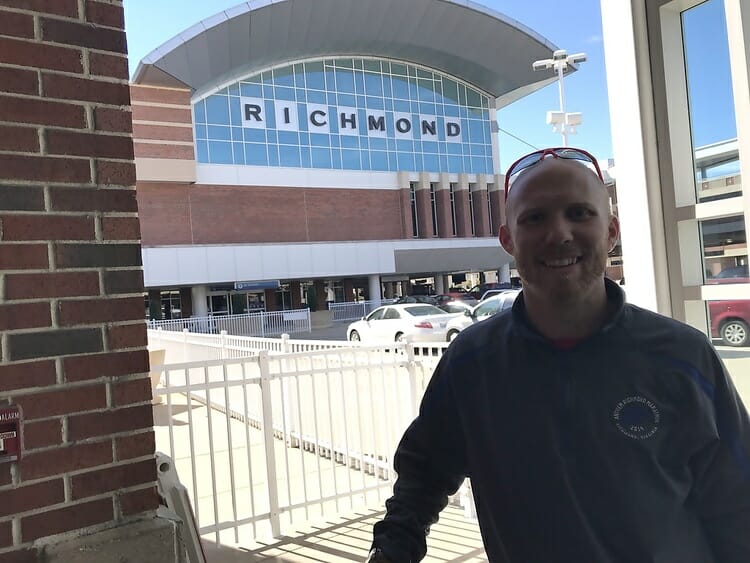 Most importantly, try to remember that some things are just beyond our control. If you’ve done everything you can to improve the situation, sit back and let it go. Stressing and worrying over it won’t do any good. Walk around, grab a bite to eat, and stream a show on your device. Modern technology makes these long waits a little more bearable than they used to be. Just be sure to charge your phone, tablet or laptop before boarding!

Finally, be courteous and respectful to the airline crew. Above all else, your conduct will speak volumes to your fellow passengers and the airline staff. They are probably just as annoyed as you are, and they have to face dozens of angry passengers. Be the one voice of reason and decorum. A little kindness can really go a long way, too. After I acknowledged United’s efforts at the counter to help us get rebooked, an agent boarded the plane before takeoff and bumped me and my daughter up to United Premium Plus. Always be kind! 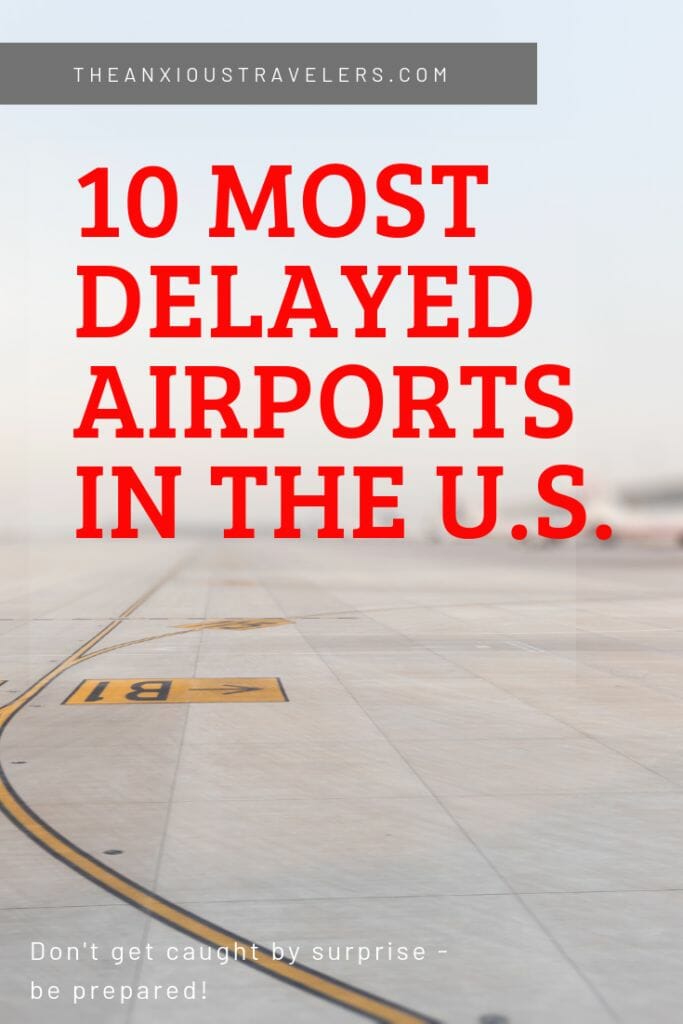