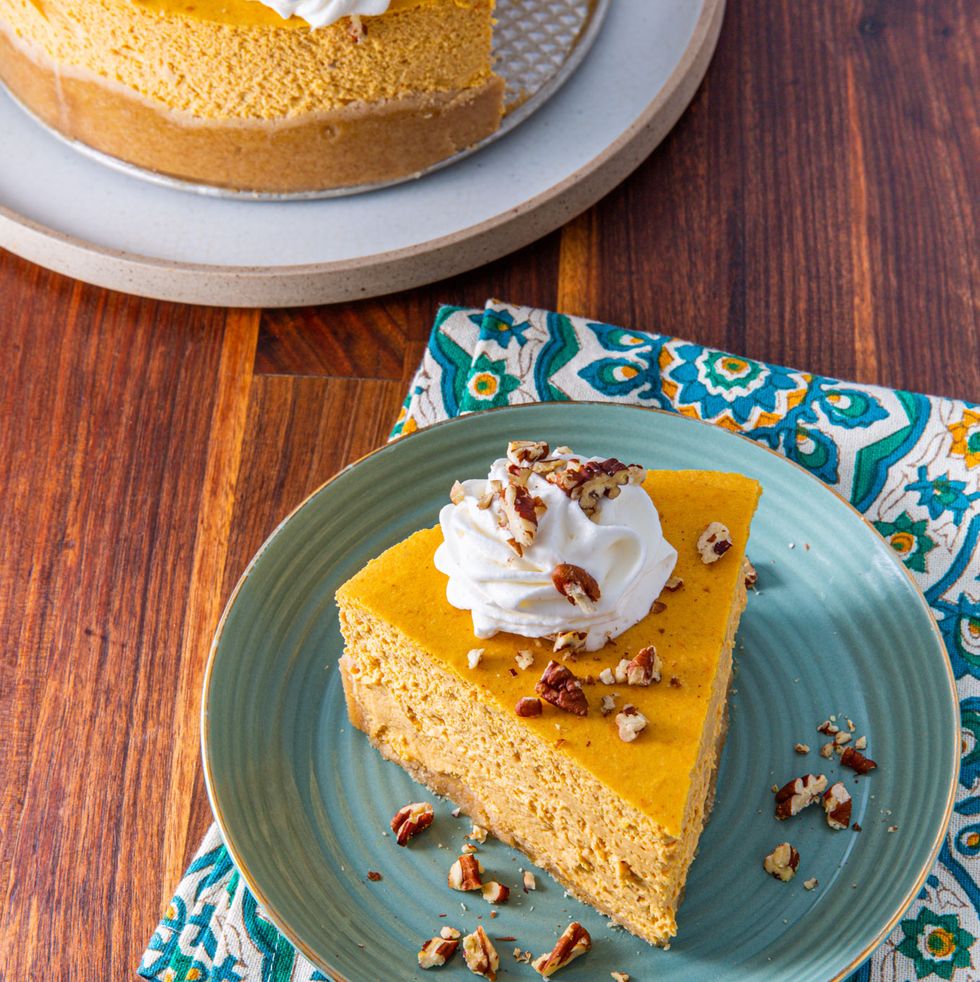 Thanksgiving is almost here, so you might have already started looking for some great low carb, keto-friendly recipes for your holiday meal. I’ve got a confession, though. We’ve celebrated Thanksgiving this year. As a Canadian, this holiday has been in October my whole life. We still do a little something in November for the Americans in our family! Anyway, what I’m saying is that I’ve already had a chance to try some keto holiday recipes this year and these are delicious!

If you’ve never brined turkey, you might want to try it this year. It really does make a huge difference. The meat is just so flavorful and juicy. It’s making my mouth water just thinking about it! 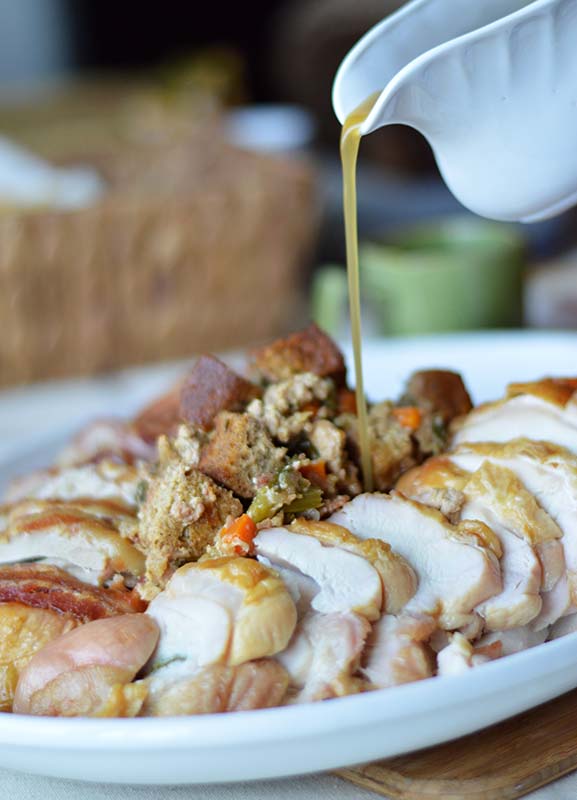 You’ll want to follow the recipe for Brined Bacon Wrapped Turkey Magic with Gravy. Honestly, one of the best things about this recipe is the keto gravy. It’s so hard to find one for us low carb eaters! We can’t say enough good things about this low carb holiday recipe. We’ll be making it again!

I’ve always been a turkey breast kind of person, but Josh really loves dark meat (maybe that’s why he likes me haha!). Sometimes, I like to make the breast and legs separately since dark meat may not take as long to cook. 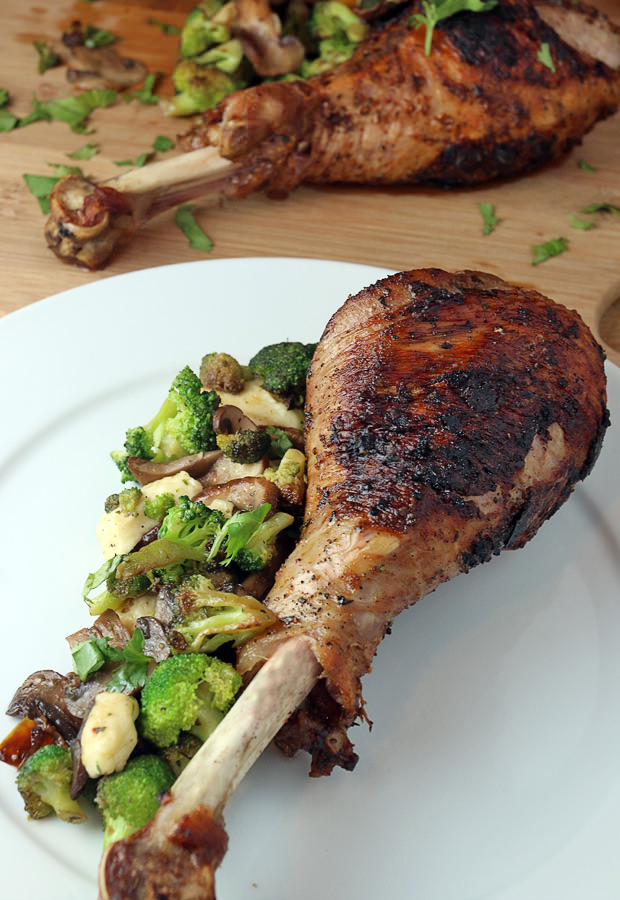 This recipe for oven roasted turkey legs is really straightforward, which is exactly what you need. You’re already cooking a million things on Thanksgiving and Christmas, so simple is good!

Okay, real talk? I’m never going to eat keto green bean casserole. Maybe I shouldn’t say never, but I’m not a big fan of green beans. My family likes them, though, so finding a keto recipe for Thanksgiving and Christmas was important. 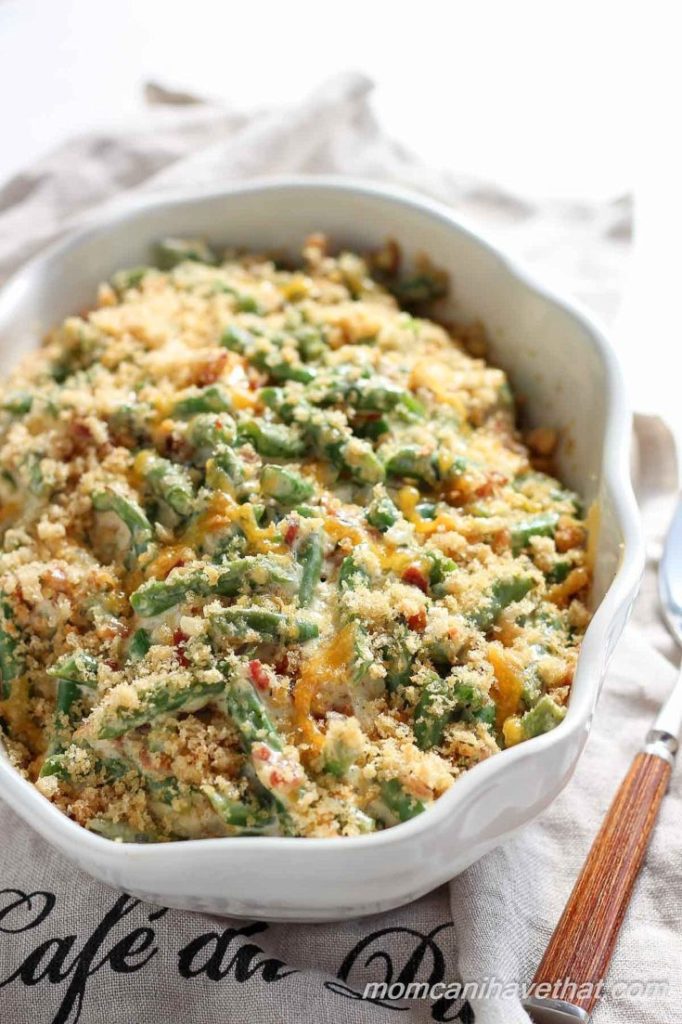 So, I can’t personally vouch for this recipe for Supreme Green Bean Casserole, but I can say that others really enjoy it. That counts, right?

Anyone who has been eating a low carb or keto diet for a while will know that we use cauliflower for pretty much everything. It’s no surprise, therefore, that there’s another low carb holiday recipe that includes this versatile veggie.

Yes, you can try this cauliflower macaroni and cheese. Obviously, there’s no actual macaroni in it, but when you prepare it a certain way, it’s similar!

There are few things about the holidays that I love more than stuffing. My oldest daughter can just sit and eat a whole plate of it. Of course, it’s not the most low carb dish so we’ve had to tweak things a little. 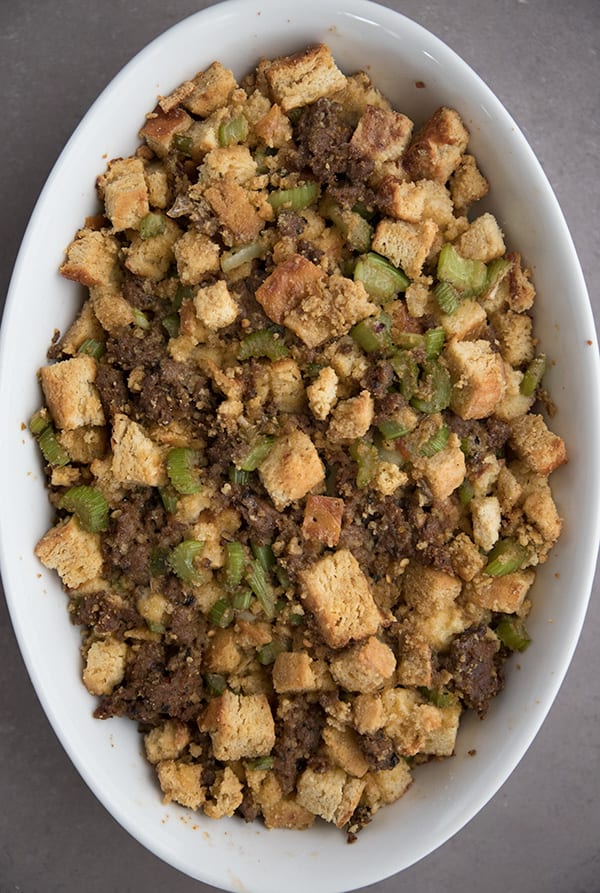 This recipe for keto stuffing is cheesy and festive. It’s not the same as traditional stuffing, but it does the trick! Plus, you can never have enough keto side dishes during the holidays!

Remember when I said my oldest daughter loves stuffing? Well, she’s a vegetarian so there’s no way she’d eat anything with sausage in it. Good thing I found another alternative! 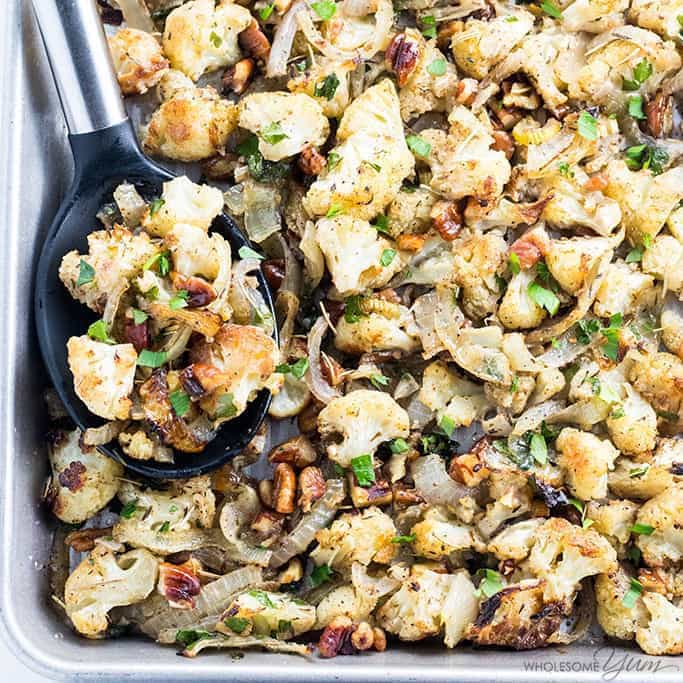 Cauliflower to the rescue (again)! This cauliflower stuffing is a great low carb, keto recipe for Thanksgiving and/or Christmas and it’s pretty easy to make!

Raise your hand if you really love the jellied cranberry sauce made by Ocean Spray? I’m not even going to lie about it. I’ve tried to have it a few times since going low carb, though, and it’s just way too sweet. Even if I wanted to indulge, it makes me feel gross now 🙁 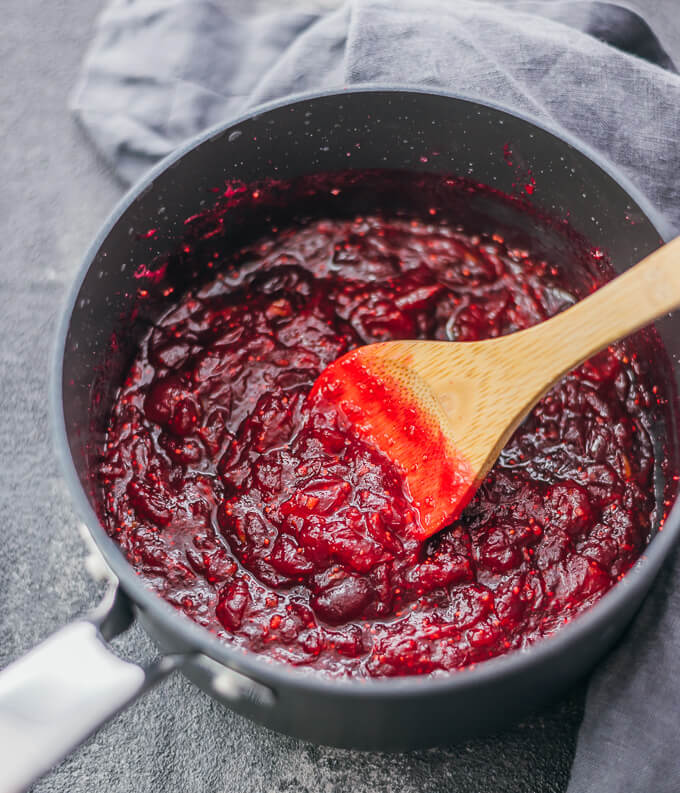 I’ve never been one to make my own cranberry sauce, but going keto has made me even more hands-on in the kitchen. This great sugar-free cranberry sauce is a great low carb addition for Thanksgiving!

Looking for a quick keto dessert for Thanksgiving? I’ve got you covered. To be honest, I’m amazed by how rarely I think about dessert these days, but when I do, I want to enjoy without guilt. Pumpkins are lower in carbs and full fat dairy works on keto so it was only a matter of time before we put them together!

Can I just say that I can’t recommend this keto pumpkin cheesecake enough? It’s delicious, easy to make and tastes great the next day. Yes!!!

Not a fan of pumpkins? Don’t worry, you’ve got options! Growing up in Montréal, we ate a lot of sugar pies and pecan pies. There’s a lot of sugar in both of them, so I never expected to find a recipe that would work for keto Thanksgiving or Christmas! 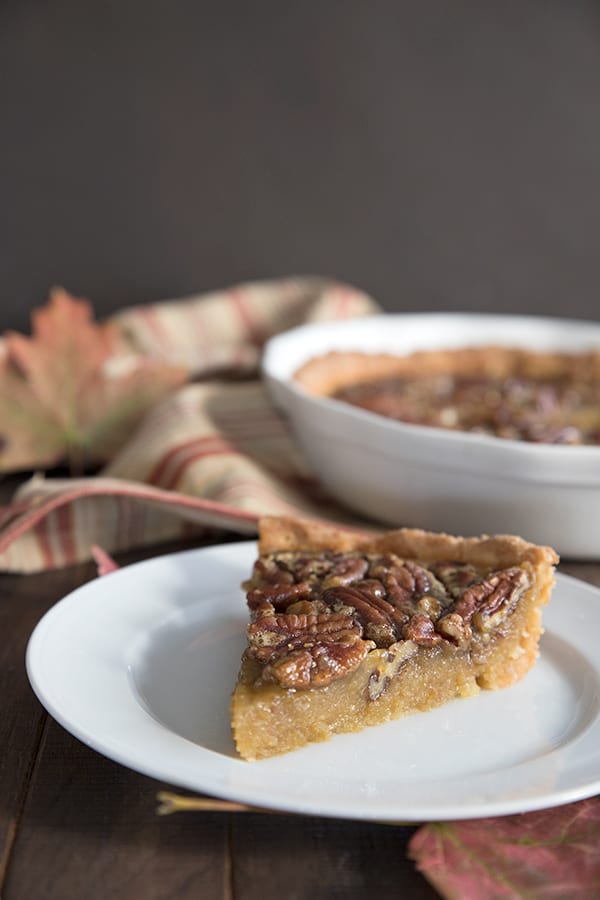 It’s definitely worth trying this sugar-free pecan pie, if you’ve got a sweet tooth. Then, use some heavy cream to whip up some keto-friendly whipped cream topping for both pies and call it a night.

It’s not always easy to stay on track during this time of year, but these keto holiday recipes can help a lot! Which dishes will be on your table this year? We’d love to hear about it! 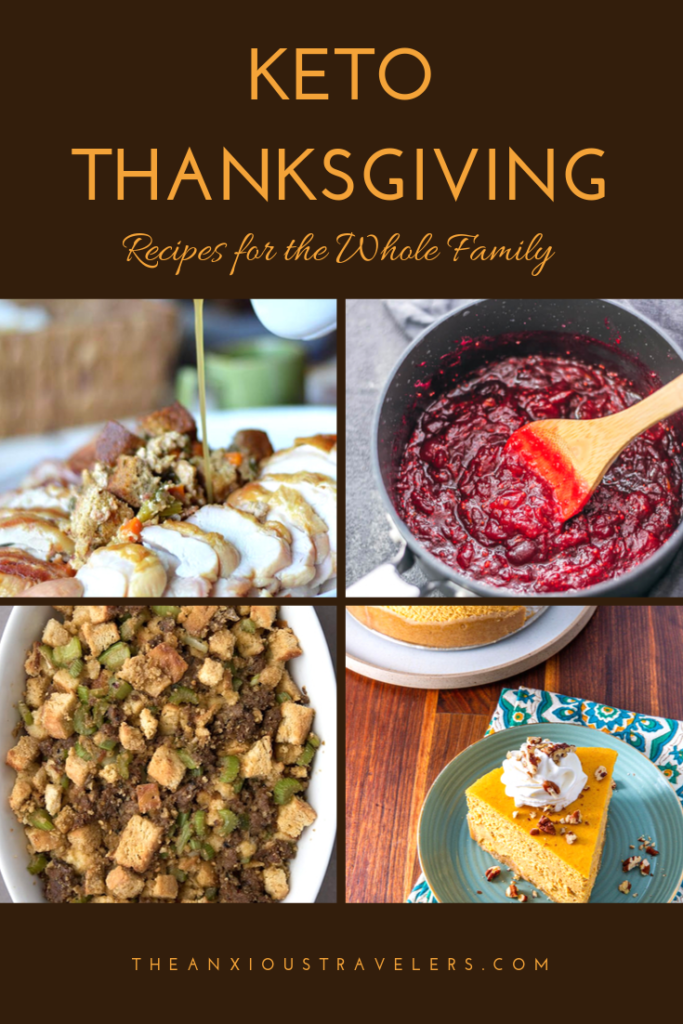