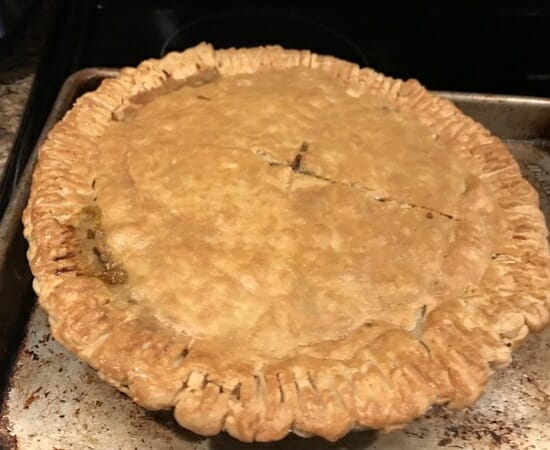 Growing up in Montréal, the winters were long and cold. We spent so many months of the year bundled up that I never owned a pair of flip flops until I was an adult. It just felt weird to have my feet exposed, so I wore sneakers even in the summer. Fortunately, my hometown is known for it’s fabulous food, one of them being the traditional French Canadian tourtière.

Basically, it’s a meat pie but the flavors will knock your socks off. Plus, it’s just the ultimate comfort food. While most of the recipes on this site are low carb, this dish definitely is not. I did, however, find a low carb, gluten free version. It looks great, but this dish means too much to me. I’ll have to save it for special occasions, but I have to eat it as it was originally intended.

If you’ve ever wanted to make a French Canadian tourtière, the best time is the middle of winter. Even though we live in the States now, we celebrate Canadian Thanksgiving with a meat pie. We make another one on Christmas Eve. While I normally throw together my own, the one I’m sharing is an adaptation of the fantastic one I found on AllRecipes.com!

For sides, we rotate between salads, mashed potatoes, and if we’re feeling particularly indulgent, poutine. Back home, you might see French Canadian tourtière served with maple baked beans (I’m not a fan). Honestly, I can just park in front of the television with a slice (or two!) of this and watch a whole hockey game. That’s how Canadian it makes me feel! 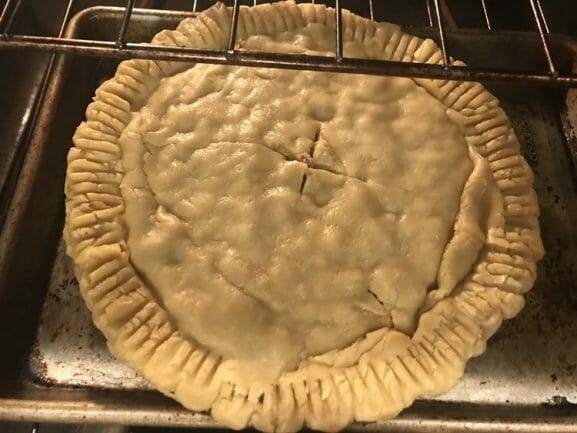 One of the most important things to master, though, is the texture of the meat. You can’t cook it up like you would for tacos or pasta. You almost boil it, smooshing it up along the way. Then, of course, you’ve got to work in a mashed potato too. The result is a glorious, velvety filling that is like no other!

Of course, using a fattier meat (some use a mixture of ground beef, ground pork, and ground veal) will make this even smoother. I’m pretty partial to my ground turkey or chicken, so I’ve learned ways around it. It’s not quite the same, but it’s close! 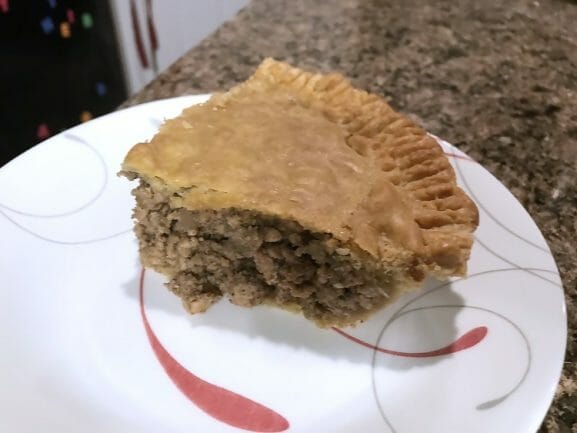 Making French Canadian tourtière takes practice, so don’t feel bad if it takes a few tries! Even experienced veterans will have one that turns out better than another. Keep trying! It will be totally worth it in the end. Unless you really hate meat pie, in which case, I’m not sure you should have clicked on this recipe at all!

Camps are divided on this, but I love a little ketchup on the side. Josh likes to drizzle (more like POUR) some gravy over top. To each their own, we say.  And, for once, my Canadian heart doesn’t feel like it needs to apologize. Instead, I’m hoping you’ll invite us over for a taste. Bon appétit!

Ready to try it for yourself? To get the truest taste, you’ll need to use ground beef and ground veal, but I only use ground turkey. It’s still very good and very close to the real thing. I’m craving this so much right now! Okay, before I get too hungry and distracted, here’s the recipe!

There are a LOT of steps to making a French Canadian tourtiere meat pie. Sorry! I can say, though, that it will be entirely worth the effort when you have that first bite!

Keto-Friendly Restaurants You Should Put On Your Radar

Electric Bikes Adventure: Best Things to Do in...