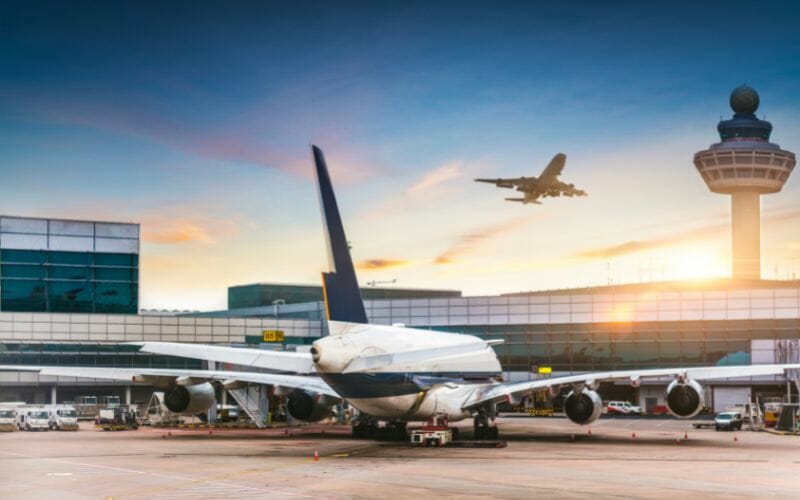 Gearing up to travel again after the pandemic sidelined our lines? It’s tough, and many will experience travel anxiety, but knowing you’re in good hands makes a huge difference. That’s why I took notice when I saw a report about the best and worst airlines for 2021. If I’m going to make COVID travel a reality, this is important information to know!

As travel picks up again, airfare has been on the rise. Those unbelievable ticket deals are disappearing, driving up the cost of your next vacation. WalletHub looked at many aspects of travel, including price, safety, delays, passenger complaints, baggage issues, animal incidents, and more. This is what they found.

When we lived in Calgary, Alberta, for 10 years, we learned firsthand that Alaska Airlines was a great carrier. They made traveling along the west coast a breeze! That’s why it’s not surprising that Alaska Airlines earned the highest overall WalletHub Score (56.54) for the third year in a row!

Related: Top 10 Most Delayed Airports in the United States

But what about second place? That went to Delta Air Lines (55.98)! You know, it’s worked out that we’ve traveled on United more than any other airline over the past decade, but when we have hopped on Delta, it’s been a pretty good experience. One time, we had a major delay happen as I was flying out of Jackson Hole, Wyoming, and they did a great job making it up to us!

Most Reliable Airline in 2021

The report found that Southwest Airlines has the lowest overall rate of cancellations, delays, denied boardings, and mishandled luggage. Josh’s mom really loves Southwest and only flies with them when she can. Plus, there’s that heartwarming story of the unlikely friendship between an SWA flight attendant and the CEO of American Airlines. 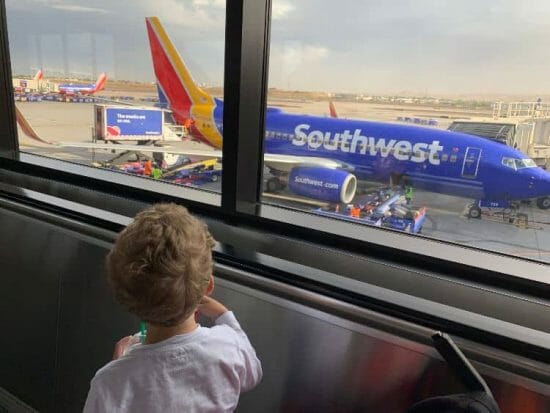 The runner-up? United Airlines! As mentioned, we’ve flown so much on United in the last 10 years. We experienced three major delays in that time — our flights to Osaka and Boise were canceled due to weather, and our flight to New York City was delayed because former President Trump needed the airspace. Fair enough reasons not to get us to our destinations on time!

Fear of flying? You’ll be happy to know that safety comes first for Alaska Airlines. They’ve reported the lowest number of accidents and incidents per 100,000 flight operations. On top of that, there have been fewer than 15 people injured between 2014 and 2019 and NO fatalities. It’s also worth noting that Alaska Airlines flies on a relatively new fleet of aircraft!

The safety runner-up is Envoy Air, formerly American Eagle Airlines. We’ve been on just one flight with this regional carrier, a wholly-owned subsidiary of American Airlines based in Texas. Envoy feeds the AA route network under the American Eagle brand, providing services to 150 cities in the United States, Canada, Mexico, and the Caribbean. It was rebranded as Envoy in 2014.

Most Pet-Friendly Airline in 2021

This year, three airlines have tied for being the most pet-friendly — Alaska Airlines, SkyWest Airlines, and Envoy Air – with no incidents. It seems like Alaska and Envoy are putting in the effort to make air travel pleasant for their guests.

Most Comfortable Airline in 2021

No surprise here for us that JetBlue Airways offers the most comfortable flying experience. We absolutely love them, but sadly they don’t offer service to our current city. When we’ve flown out of Salt Lake City, though, we’ve jumped at the chance to fly JetBlue. The airline’s in-flight experience includes several free amenities such as Wi-Fi, complimentary snacks and beverages, as well as extra legroom. Gotta love that!

It was a tie between Alaska Airlines, Southwest Airlines & Delta Air Lines for second place in this category. For whatever reason, I can’t remember Southwest, but I can say that Alaska and Delta made flying feel more premium at no extra cost.

I’m not sure when I’ll feel comfortable on a flight again, but it does help to know which airlines are making an effort to value their customers. Maybe it’s time for us to branch out from United Airlines and try other carriers more often. It feels like this is a great time for a fresh start.