Big Jud’s in Boise: Will You Take the Burger Challenge? 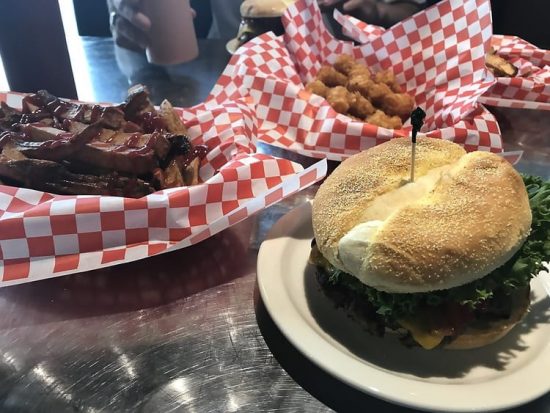 For a few years, our television was glued to HGTV, the Travel Channel, and the Food Network. As a result, we became very familiar with Adam Richman, the former host of Man Vs. Food. When we learned that Boise was home to Big Jud’s, a burger joint that had been featured on the show, we were intrigued. 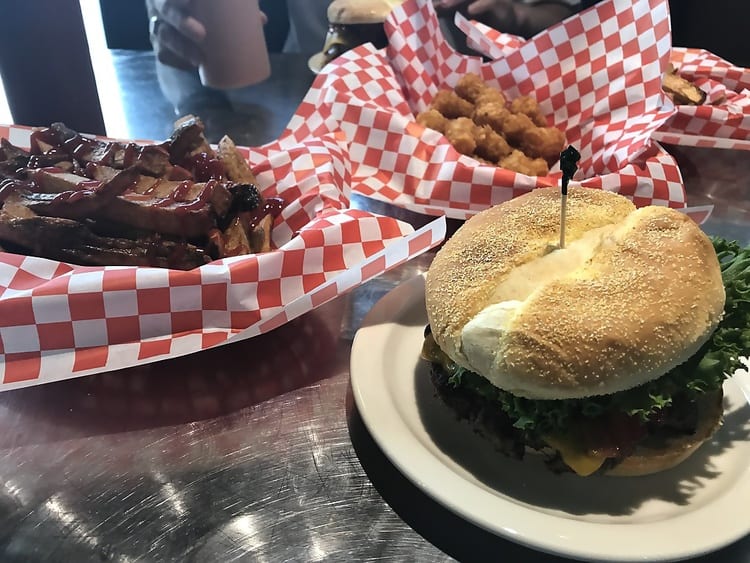 During an episode, Richman took on the Big Jud’s Challenge. To be victorious, you have to eat a burger with two one-pound patties, bacon, mushrooms, Swiss cheese and Bleu cheese (on each layer!), along with all the toppings which include mayo, lettuce, and tomato. Oh, and don’t forget the basket of Big Jud’s fries. Eat it all in 30 minutes or less, and you’ll earn a t-shirt, a spot on the Wall of Fame, and some major bragging rights.

Did we order the Man Versus Food Burger on the menu at Big Jud’s? Not a chance! We did, however, have the fortune to watch a Mormon missionary complete the challenge during our first visit to the restaurant!

He was sweating, but in good spirits at the end and forgiving of those who could not take their eyes off him. Slim and fit, it was surprising to see him pack that whole thing away while a camera monitored his every move. His companions cheered him on and the whole place celebrated when he was done!

Here’s what we ordered instead (and, on subsequent visits, this has pretty much stayed the same):

Okay, first things first, the burgers are good. I wish they came on a bigger plate, but they are tasty and the bacon is cooked to utter perfection. You will be very happy if that’s what you’re looking for.

I’ll admit, however, that those fries steal the show. Good gracious, those are some tasty french fries! There are times when I want to go by there JUST for the fries. The tater tots are also really good and I was impressed the one time I ordered onion rings — but if I’m going to Big Jud’s, my money is going toward those fries!

One time, Josh saved enough room for a fried Twinkie with a scoop of ice cream. I sat that one out, but he really enjoyed it! Sadly, it doesn’t seem to be offered on their menu anymore.  Bummer!

If you’re in Boise and looking for a good burger, amazing fries, and huge portions, stop in at Big Jud’s. There are three locations where you can enjoy a laid-back meal or take on a Challenge or two!