The Best Korean Horror Movies to Watch Online in 2021 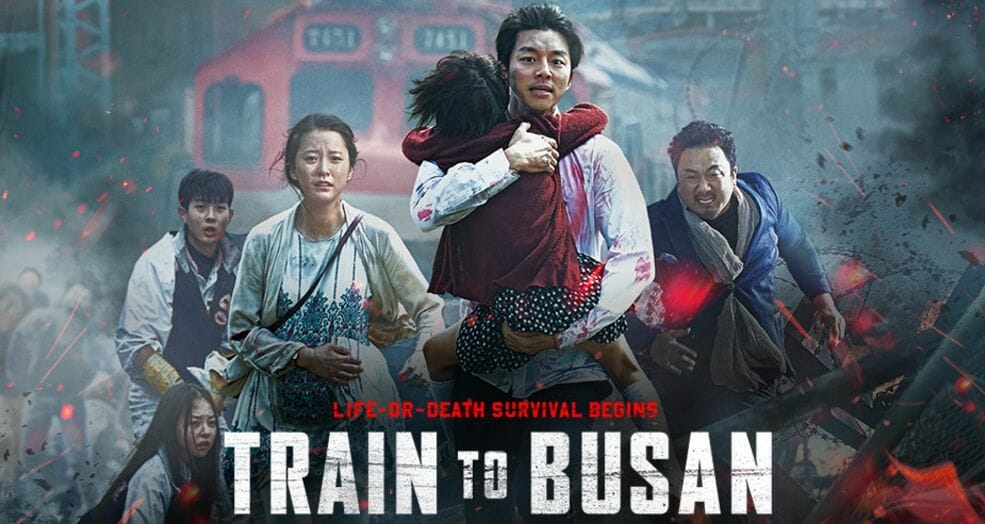 Okay, before we even jump into this list of the 20 best Korean horror movies to stream, I need to make something clear — these are not in order. There’s just no way I could actually rank these from best to worst because they are all really different. Instead, I’m just sharing some of the titles that I have enjoyed.

I will say, though, that a few of these really stand out. Train to Busan was such a unique take on zombies, as was #Alive. Our whole house was freaking out when we watched Gonjiam: Haunted Asylum, so save that for a night when you really want a good scare. We’re hoping to get to South Korea sometime soon, and visit some of these spooky locations!

If you’re a zombie fan, you really do not want to miss Train to Busan. The story follows a father and his young daughter as they take the high-speed train from Seoul to Busan. As they leave the station, though, zombies suddenly spring into action and make it onto the train. You can only imagine how crazy (and sad!) things get as they try to make it to their destination.

The plot revolves around a video game live streamer’s struggle to survive after a zombie outbreak hits Seoul. Forced to stay alone in his apartment, he must come up with ways to stay fed and hydrated while trying to find a way to escape. Some might argue about this being on our list of the best Korean horror movies, but we really liked it!

Set in the isolation of the mountains, The Wailing centers on the village of Gokseong. After a mysterious Japanese stranger arrives, violent murders start occurring. It’s up to police officer Jong-goo to investigate the crimes that begin to seem connected to the newcomer.

If you enjoy Train to Busan, you may also like Seoul Station. The animated film is one of the best Korean horror movies and is a prequel to the zombie flick. Don’t let the cartoonish imagery fool you, though. It’s still pretty horrifying! In fact, you might actually think it’s even scarier than Train to Busan as it explores the darker side of human nature.

After receiving treatment at a mental institution, Su-mi returns to her family’s isolated country home. While glad to be reunited with her younger sister, Su-yeon, Su-mi starts to suspect that the girl is being abused by her stepmother. On top of that, Su-mi is also having nightmares about her mother’s ghost. This movie is a little older, but it’s definitely worth watching!

Familiar with the story of the Pied Piper of Hamelin? If so, you may appreciate this creepier retelling of the popular fairytale. The film follows a flute player and his young son who stop in a remote village on their way to Seoul some time after the Korean War. The locals are eager to let the man help him rid the village of a rat infestation, but we’re reminded of why we should never be so quick to trust strangers.

Set in an abandoned psychiatric hospital, Gonjiam: Haunted Asylum follows a group of YouTubers who are striving to pull in a million viewers. As such, the whole film is meant to look like found footage as they push through some pretty scary moments to try to meet their goal. Want to be even more creeped out? It’s based on the Gonjiam Psychiatric Hospital in Gwangju. As they mention in the movie, CNN even lists it as one the 10 freakiest places in the world.

Despite not having any high-profile stars, this movie killed it at the box office! Hide and Seek follows a picture-perfect family after the father’s estranged brother goes missing. To search for clues, he visits his sibling’s apartment and finds strange symbols carved on the door. When a woman claiming to be the brother’s friend says someone is spying on her, things get even more suspenseful…

Watch on Amazon Prime | Watch for free on Tubi

Even though this is among the best Korean horror movies, it really pulls at your heartstrings. First, this couple’s son went missing, and then the grandmother got very sick. To cope, they leave Seoul behind and head to the country. While trying to balance caring for her mother-in-law and young daughter, Hee-yeon finds a mysterious little girl in the woods. This girl sounds and acts like a child, but she’s definitely not all that she seems.

You might be reminded of Godzilla (one of my absolute favorite monsters!) while watching The Host. The plot unfolds after a lizard-like monster emerges from the Han River and heads straight to Seoul. One father and his siblings must battle the creature after it takes his daughter. Fans of Parasite and Snowpiercer might be particularly interested in this early work from director, Bong Jooh-ho.

After losing his wife, a father tries to start over in a new home with his daughter. But things take a turn when strange noises trickle out of the closet, and his daughter goes missing.

When she was young, Ja-yoon escaped from a government facility, but lost all her memory. 10 years later, when she appears on a nationally televised competition to win money for her family, her life is turned upside down by faces from her past. Part II is expected any day now!

With prayer beads in one hand and an ax in the other, a monk hunts down a millennia-old spirit that’s possessing humans and unleashing hell on Earth.

Prostitute Jin-sook, who stole a billion won from her pimp Dal-soo and ran away from the red light district, is found dead in the cold riverbed in Miryang. When Seok-jae hears of it, the detective heads for Miryang to check her death.

Concrete Utopia is an upcoming South Korean disaster-thriller film directed by Um Tae-hwa and starring Lee Byung-hun, Park Seo-joon and Park Bo-young. The film is based on second part of webtoon Pleasant Bullying by Kim Sung-nik which is about an earthquake destruction and its aftermath.