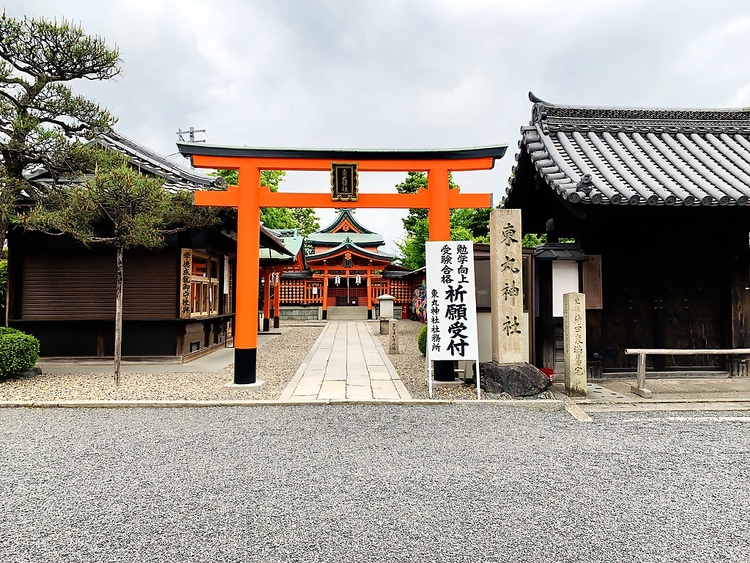 We love it so much that it’s hard to imagine that there are best and worst times to visit Japan. In fact, we’d just live there year-round if we could! If you’re planning a once-in-a-lifetime trip, though, you will want to time it right. Having been there multiple times over the years, we do have some suggestions for making the most of your time.

Japan is a magnificent country in Asia with a rich history and beautiful culture. In addition to the many historic sites and restaurants, you’ll find incredible activities throughout the year. Do research based on personal preferences before booking your trip to find the best and worth times to visit Japan.

Of course, finding the right fit will depend on what you’re looking for. Japan sees all four seasons, so if you’re hoping to hike Mt. Fuji you will want to avoid the coldest and wettest times of the year. Everyone talks about the Cherry Blossoms, so if that’s on your must-see list, you need to know when they are in bloom. Here are some tips to help you start planning.

Just like many parts of the world, Japan will be mostly covered in snow in January. Through March, the country will see it’s coolest temperatures. It’s quite serene, though. If you don’t mind the dusting, you’ll enjoy some incredibly picturesque landscapes. The first time I visited Japan was more than 20 years ago. It was around the holidays, so I spent Christmas and New Year’s in the Kansai region. It was spectacular!

We had to bundle up, but we’re so grateful for the warm food and drinks available in convenience stores. The first time I sipped a perfectly sweetened, hot milk tea from a vending machine, it was almost too good to believe!

Here are some things you can do in Japan in January:

Really, one of the best things about Japan is that they know how to get warm. If things get too chilly, just head to a steamy onsen (hot springs) or grab a hot bowl of ramen to heat up after a day of exploring in the cold weather.

As you might have imagined, February is very wintry and cool in Japan. In fact, it tends to be the coldest month of the year (at least it’s sunny and dry, though!). If you’re planning to visit during this time, bundle up and consider the following before booking your trip:

Have a warm cup of sake to shake off the chills and then head back out for more fun! Despite the frigid temps, I can only imagine how beautiful it would be to hop on the Shinkansen (bullet train) and zip through the countryside. Growing up in Canada, I developed a strong appreciation for winter sports (which is why I love tubing so much!), so I’m sure I’d have a blast in Tokyo in February. Of course, if you hate winter, you’d probably think February is one of the worst times to visit Japan. Go to Mexico instead 🙂

Tourists love to visit Japan in March. Spring is lovely in most places in the world, but it’s downright magical in this beautiful country. The weather is warming up, but the hot, humid months of summer are still weeks away. It’s also when we start to see everything coming back to life. Here are some of the reasons why March is one of the best times to visit Japan:

This is definitely one of the most popular times of year to visit Japan, so be prepared. It’s going to be busy! If you do plan a trip, you’ll want to head to Okinawa where the cherry blossoms will probably be finished blooming by the end of the month. It’s absolutely spectacular, and you’ve probably never seen anything like it!

By the time April rolls around in Japan, it will be time to pack up the skis and winter gear. Spring weather will officially be underway so you won’t have to pack as many layers for your trip! Also, if you’re hoping to see humpback whales or manta rays in Japan, avoid April and May. You probably won’t see any! There are still plenty of other things you can do, though. Check out the following:

This is a really pleasant time of year to visit, although it might be tough on allergy sufferers. If you really want to visit Japan during this time but have allergies, talk to your doctor. They may be able to prescribe a strong antihistamine to make you more comfortable during your travels. Otherwise, you could be miserable (and who wants to feel bad on vacation?!). We didn’t take this seriously, and it was pretty rough!

What can I say about May except to tell you that it is my FAVORITE time of year to visit Japan. The pre-summer energy is buzzing, the weather is gorgeous, and there are plenty of things to do with smaller crowds. What more could you ask for? If you love floral landscapes but can’t make it during cherry blossom season, head to Japan in May. There will still be plenty of other beautiful things to see! 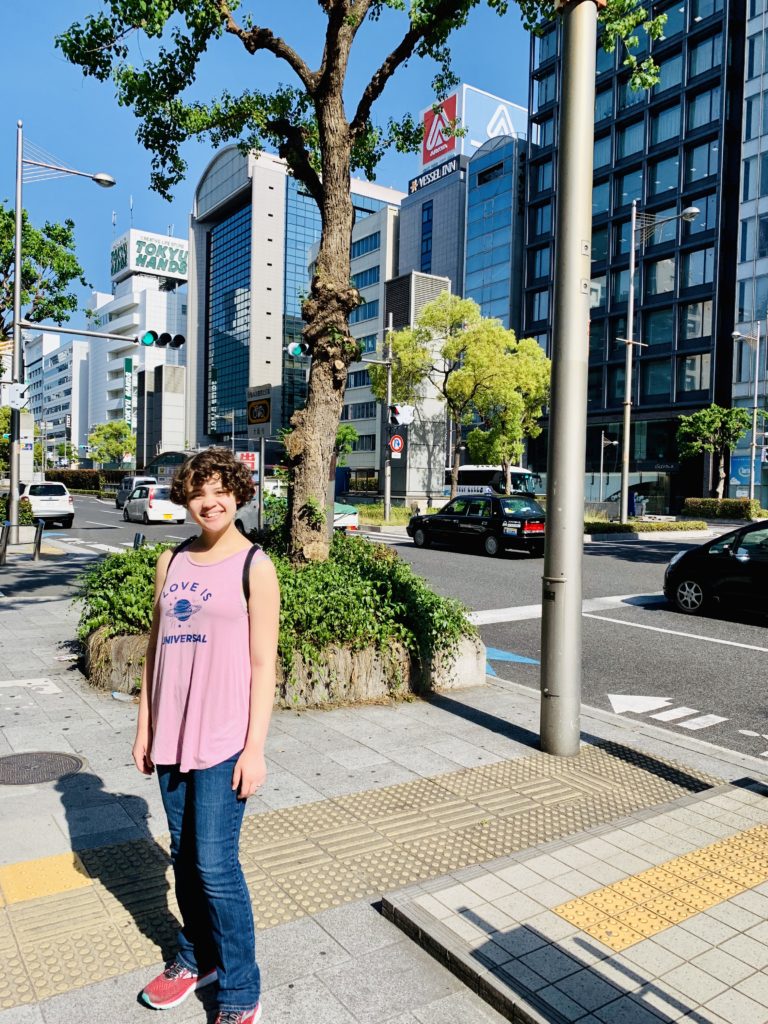 On my mother-daughter trip with Hayley, we chose May. Not only did I choose this year based on weather and activities, but she also celebrated her 16th birthday in Tokyo. Talk about sweet! Unfortunately, we lost each other for 47 minutes in the Osaka train station, which was terrifying so we’ll save that story for another day. Aside from that, the trip was flawless. Here are some of the reasons why May is one of the best times to visit Japan.

If you’re trying to avoid crowds, skip the first week of May. Golden Week (a cluster of national holidays) will make everything from restaurants to theme parks feel like a circus. Plus, the prices during that time might be outrageously high. If you’re planning to visit Japan specifically for Golden Week, good luck!  We were there in mid to late May and went to Universal Studios Japan near Osaka and Fuji-Q Highland near Tokyo and the crowd size was great. We also didn’t have to wait long for tables at restaurants, although, we did eat at a lot of convenience stores too!

We were there at the end of May and only got a touch of it, but June and July are Japan’s rainy season (read our survival tips!).  It’s seriously no joke. Due to our anxiety and OCD, the idea of sightseeing while wearing damp (or drenched) clothing is completely triggering. For others, it’s not such a big deal. Weigh this carefully, though, because overcast skies will impact your photography and how clearly you’ll be able to see landmarks such as Mount Fuji.

There’s no shortage of things to do in June or July, but expect the heat and rain. The humidity is no joke either. Some people feel uncomfortable wearing tank tops in Japan, even when it’s hot, so be prepared for that. We saw people wearing them (Hayley did also) and no one said anything. We did feel a little self-conscious, though!

If you’re planning to visit Universal Studios Japan or Fuji-Q Highland, the crowds will probably be at their worst during this time. Either prepare by purchasing Express passes from vendors such as Klook, or be prepared for long lines on the attractions (single rider lines go faster, though!).

The end of summer is really, really busy in Japan. It’s also stunningly gorgeous. The weather is still warm, but the rain is tapering off and everyone is holding on to those last days before autumn rolls around. The energy is almost palpable, but there’s also a chill vibe in the air. Ah, Japan. How we love you!

If you book in advance and plan for crowds, you might really like August in Japan. It’s a fun time and the Japanese believe that, during Obon, the living and the dead are reunited. You’ll be blown away by this observance and the traditions. It may just make you think differently about the life cycle.

You’ll still be able to enjoy some good weather, but with fewer tourists in September. Behind May, this is my second-favorite time to visit Japan. Why? Because we love theme parks and outdoor activities, both of which work out very well in September. Fewer crowds, warm weather, less humidity. So nice! 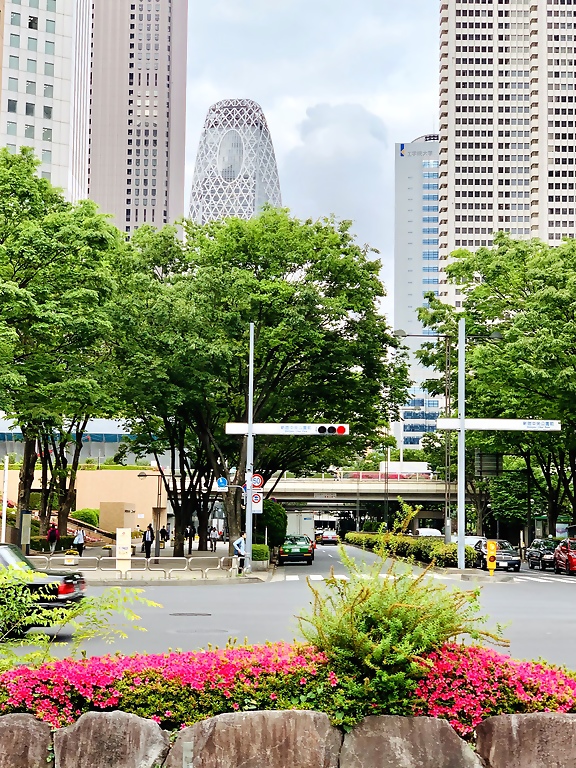 Nothing is perfect, of course, so you’ll have to keep an eye on the weather. If you travel to Japan in September, it could be hot — or it could be pouring. At least it keeps things exciting!

September is also the best time to sneak in before cold and flu season begins (you know how my travel anxiety works!). Get your touring in before the country is invaded by coughing, sneezing, and sniffles. If it does strike, though, at least you can feel comfortable wearing a mask to protect yourself!

Just like most places in the world, October and November are when the leaves start to really change in Japan. You’ve never seen a magnificently multicolored landscape like the one’s along the Japanese countryside in autumn. The temperatures cool, and Halloween celebrations are becoming more common so if you love flannel and spooky stuff, this is a great time. Just keep in mind that the Japanese are experts at being scary and haunted attractions are on a whole other level!

If you love train rides, this is the perfect time to see the fall foliage across Japan. Try to get a good window seat so you can just sit back and soak in the beauty.  You can make reservations on the Shinkansen or even the Hello Kitty train. We love the route between Osaka and Hiroshima!

Who wouldn’t want to spend Christmas in Japan? Actually, when I arrived on my very first trip more than 20 years ago, it was Christmas Eve. It’s such a beautiful time, but expect winter weather — and an unfathomable obsession with eating KFC for Christmas dinner. The whole country is chowing down on fried chicken on December 25th!

Even if you’re bundled up with a runny nose, though, you’ll probably weep at the sight of a snow-covered temple or shrine. It really is that breathtaking! Your body might be chilled to the bone, but being in Japan during the holiday season will warm your heart.

Personally, I think May and September are the best times to visit Japan because the weather is decent and it’s just outside of the sick season. You know us anxious travelers — we love seeing the world, but we’ve got our boundaries. Truth be told, though, I’d move to Japan in a heartbeat so I guess any time of year works for me! 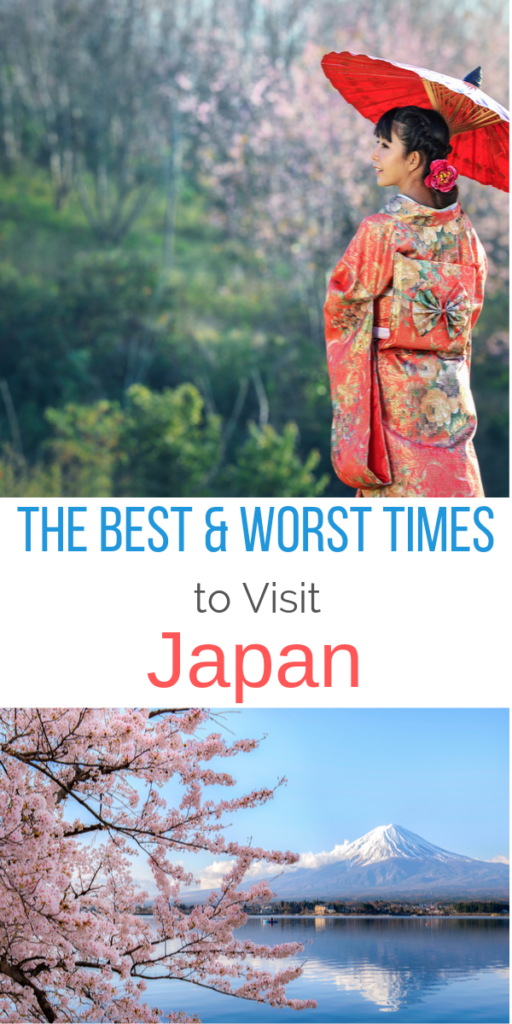