This year, on select nights from September 6 to November 2, 2019, you’ll be able to check out some truly incredible scare zones, houses, and haunted mazes. While this event also happens at Universal Studios Hollywood and Universal Studios Japan, we’ll be focusing on the one in Orlando.

Before you plan your trip to Universal Studios Florida, let’s talk about everything you need to know for Halloween Horror Nights 29. It’s really exciting because we know that the Stranger Things house is returning (updated!), Ghostbusters has been confirmed, and the maze based on Jordan Peele’s Us is going to be terrifying.

The event is starting earlier than ever this year, giving people more time to enjoy the frights! Hopefully, it will help with crowds, because the lines get absolutely insane. Usually, Halloween Horror Nights runs from 6:30pm until around 2:00am, so be ready for a long evening of scares, snacks, and good times! 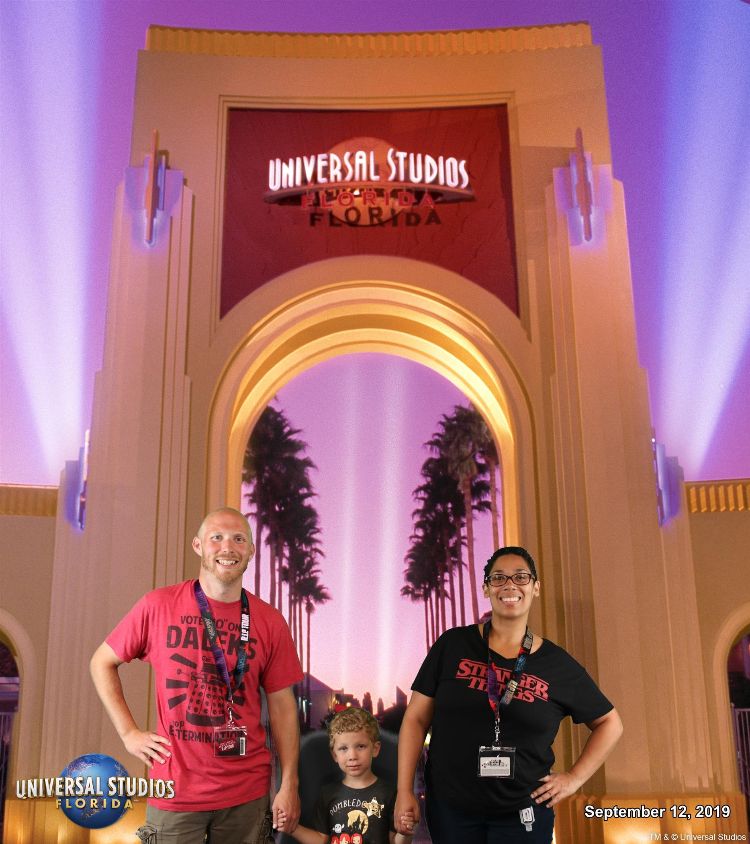 These are the dates for Universal Studios Florida’s Halloween Horror Nights in 2019:

Before you choose a date, here’s something important to keep in mind — it’s going to get crazier as it gets closer to Halloween. Also, as you can imagine, a Saturday night is going to be much busier than a Wednesday. Don’t underestimate how packed the park will be. If there’s one thing we want to stress in this survival guide for Halloween Horror Nights 2019, it’s that you need to plan wisely.

We recommend these days:

If you can’t do any of those, here are the second choices:

Avoid these days at all costs if you can:

Keep in mind that visiting Halloween Horror Nights isn’t the same as visiting Universal on a normal day — you’ll only have a limited number of hours at the event. If it’s open just eight hours maximum, and the line to see the Stranger Things house is two hours, you’re not going to see more than a few of the attractions. Last year, we met people who only made it into two of the houses!

How to Get Tickets

Okay, another huge tip in this survival guide for Halloween Horror Nights 2019 — you need a separate ticket to get into the event. Yes, even if you spent all day at Universal Studios Florida, you will be ushered through the gates when the park closes to prepare for the night’s festivities. You won’t be readmitted unless you have an HHN ticket! 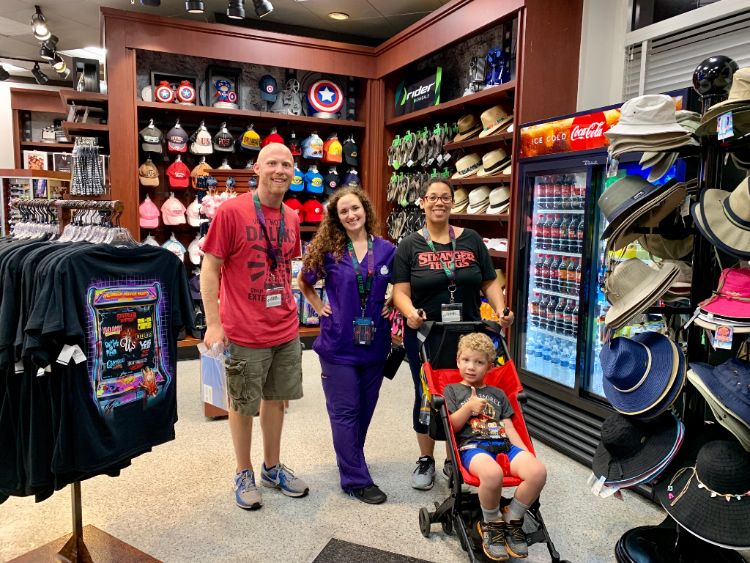 Also, a Halloween Horror Nights ticket won’t get you into Universal Studios Florida earlier in the day. Each ticket is separate. Don’t make this mistake! We recommend buying your tickets directly through the official Universal Orlando Resort website. Here, you can create entire vacation packages that even include hotel, airfare, rental cars, and passes to all of the Universal parks.

If you’re thinking about attending, we also recommend purchasing an R.I.P. Tour package. To read more about the benefits, check out this post from last year.This is an extremely popular event and tickets can, and often do,l sell out. Buy yours as soon as possible to avoid disappointment!

Universal Studios Florida usually opens the gate a little ahead of that 6:30pm start time, so definitely plan to get there about 45 minutes early. It’s also best if you come up with a plan before you arrive at the event.

Part of the survival guide for Halloween Horror Nights 2019 is to help you make the most of your time at the park. Talk to your group and prioritize what’s most important to you.

You’d be amazed by how much it helps to ask everyone these questions. Choose four or five must-do activities and commit to a plan of action. If you’ve got time left at the end of the night, see what else is happening. If not, at least you did what was most important! Write it all down, create a group text message, and share your strategy with everyone.

To maximize your chances of seeing all of the houses, consider visiting for two nights and/or purchasing one of the following:

Don’t forget — if you’re staying at a Universal Orlando Resort property such as the Aventura Hotel or Surfside Inn & Suites, you can take advantage of the priority entrance gate until 8pm. This allows you to get in quickly, sometimes as early as 5:30pm! This perk is known as Stay and Scream!

It can’t be a survival guide for Halloween Horror Nights 2019 without a list of the houses! Honestly, they were all really good this year, so if you can’t hit all of them, don’t feel like you’re missing out! 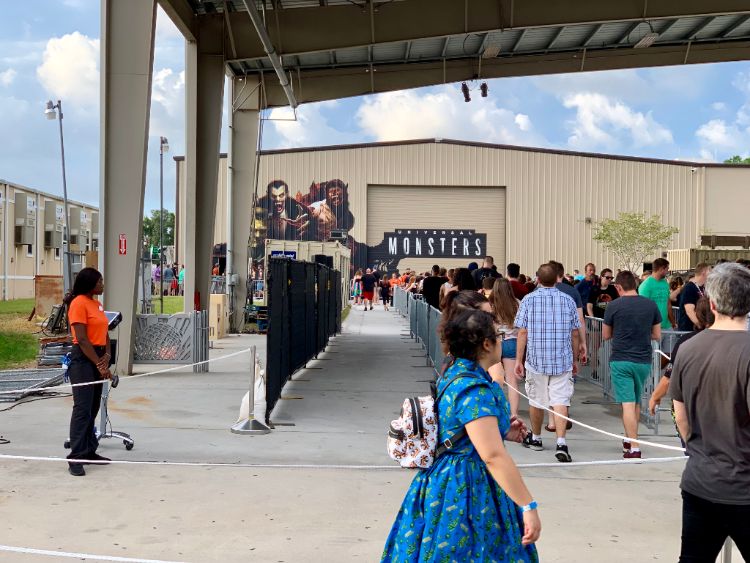 Here are some brief descriptions for what to expect (we’ll update with more details after we’ve returned from the event):

Most and Least Scary Houses

Whenever I go to Halloween Horror Nights, the first thing I want to know is which are the most and least scary houses. This year, it’s pretty straightforward. Here are the ones that might keep you up at night, though!

Not every haunted attraction is meant to make you run screaming for the hills. There are some that you’ll walk through fully appreciating the effort, but not being terrified.

As you walk through Universal Studios Florida, you’ll encounter open areas that have been transformed into “scare zones.” These are a lot of fun without having to wait in line to go through a house. It’s a good option for those who feel a maze might be too intense. 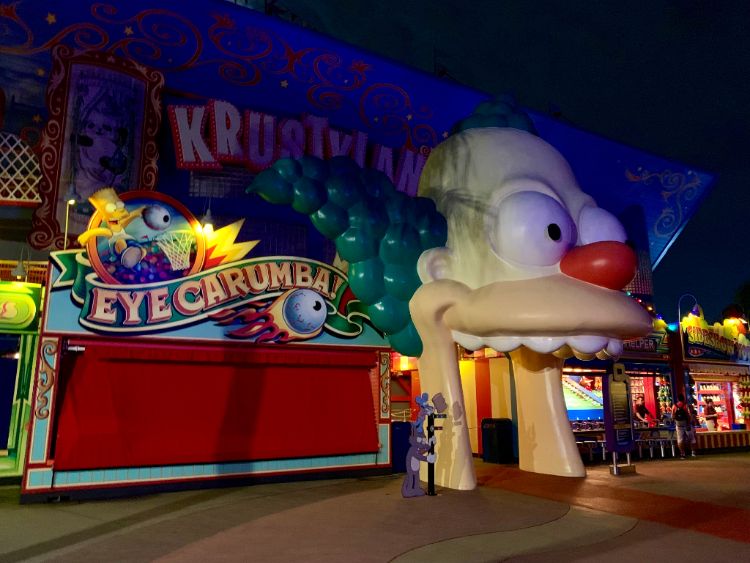 We’ll admit that we aren’t really into the shows, but maybe we’ll give them a try this year. It’s hard to sit down when you want to keep exploring!

You might not think of Halloween Horror Nights and immediately think of eating. After the impressive food and beverage offerings last year, we couldn’t make a 2019 survival guide without including a section dedicated to these delicious treats! 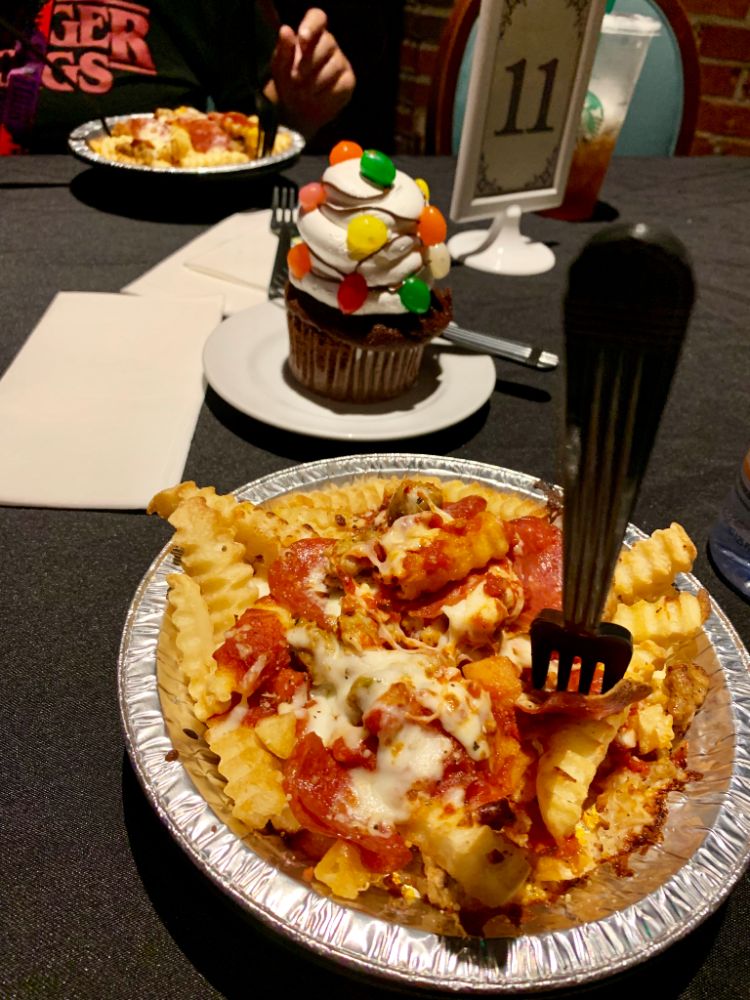 Be on the lookout for the Starcourt Mall Food Court (another nod to Stranger Things!) which is a series of tents located outside Universal Studios’ Classic Monsters Cafe and Finnegan’s Bar & Grill. You’ll see some familiar restaurant names from the series including Hawkin’s Heroes, Ole Amigo, and Imperial Panda.

Here are some of the best items:

In addition to the specialty carts, you can grab food from the following locations during Halloween Horror Nights 2019:

We’re taking my adult son with us this year, and I’m sure he’s going to want the Gnarly Twist. Maybe I’ll need one after a few houses, myself!

Last year, I wasn’t sure if I was going to want to get on any rides during Halloween Horror Nights. After going through nine of the houses, I hopped on Hollywood Rip Ride Rockit and it blew all my stress away. 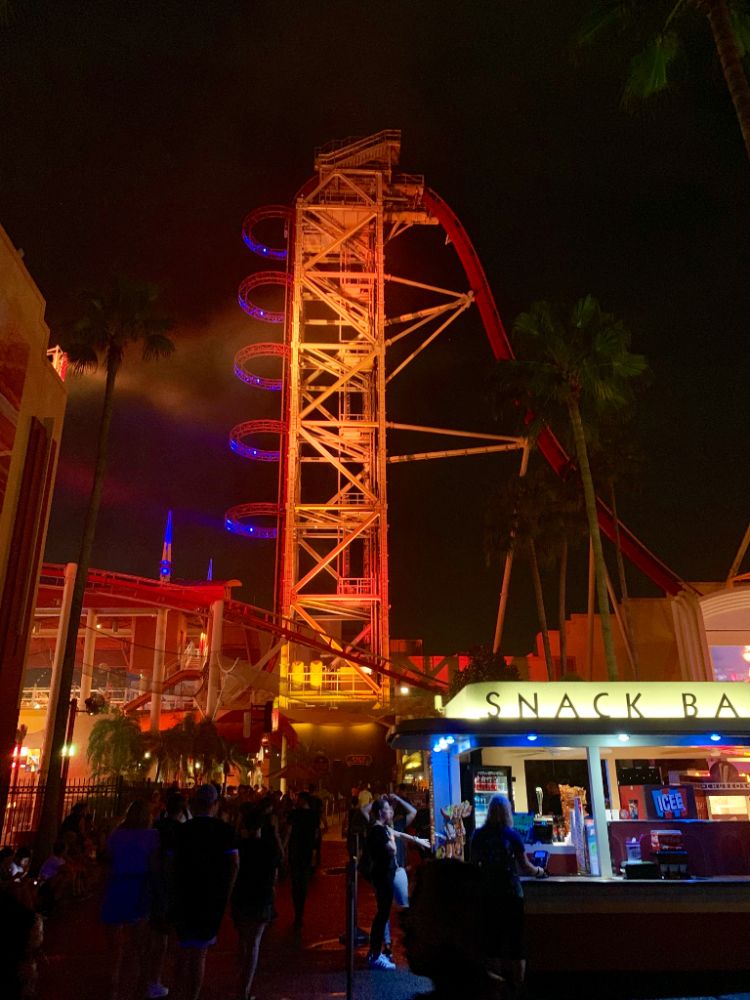 The event is super fun, but I was so scared and tense. As my regular readers know, I live with travel anxiety and have used thrill rides as therapy. Getting on a roller coaster was just what I needed!

These rides will be open during Halloween Horror Nights 29:

Please note that some of the rides may close before the event ends for the evening. Be prepared so that you’re not too disappointed!

Can You Take Kids in a Stroller to Halloween Horror Nights?

Technically, Universal Orlando Resort does not restrict the age of guests at Halloween Horror Nights, although, they do say that it might not be suitable for kids under 13. That being said, it’s a personal choice. We took our four-year-old mostly because he isn’t like a typical child. We have six kids, and not all of them could attend this event, even in their teens or 20s! 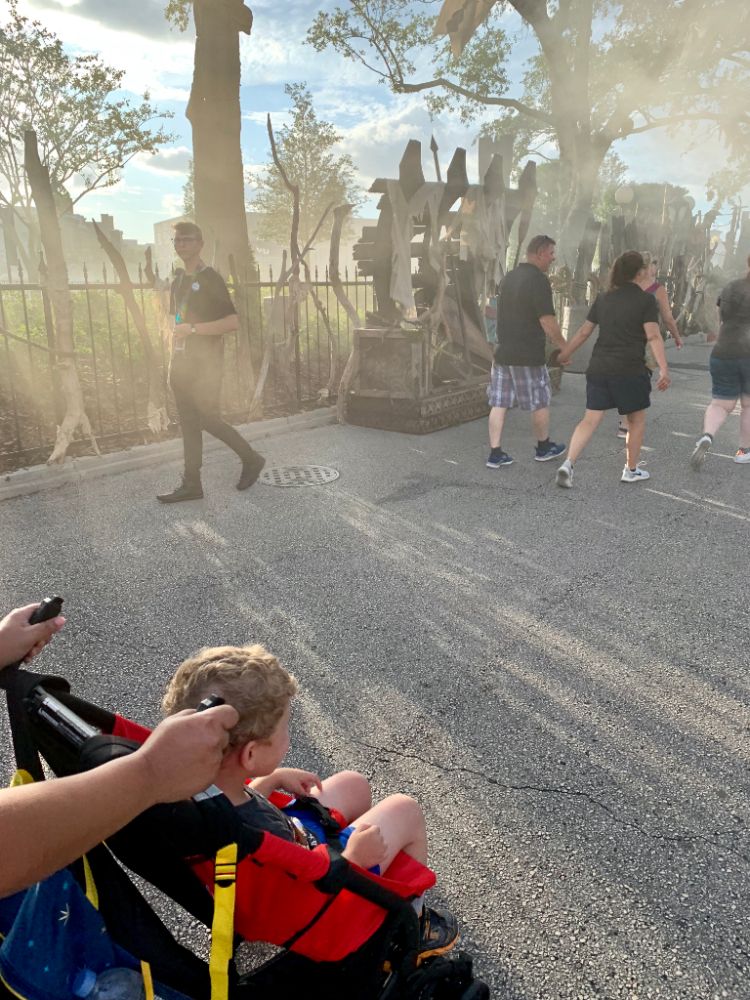 Walking through the Vikings Scare Zone

Our Caleb really enjoyed most aspects of HHN, especially the hilarious photo opportunities. He didn’t go into the mazes, except for Ghostbusters at the recommendation of a couple people at the event. Truthfully, he got a little spooked, but he did just fine. He really liked sitting at the exit for the mazes (Josh and I took turns going through them) and watching all the people come out screaming haha (watch our video)! 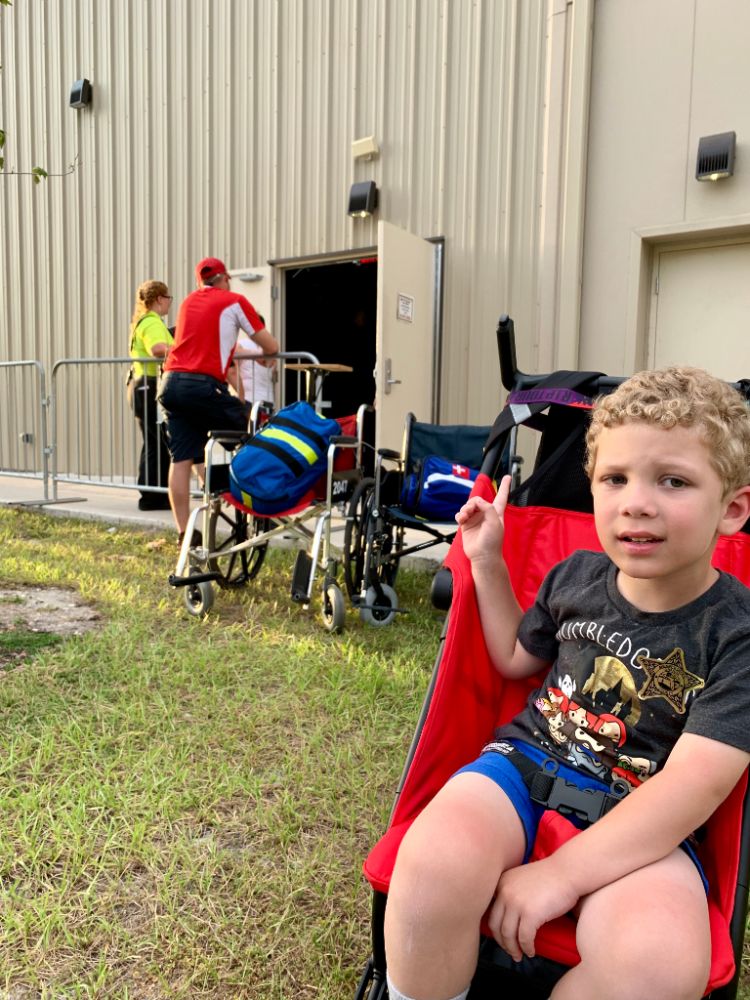 At the exit for the Universal Classic Monsters house

Will people stare at you if you’ve got a baby or little one in a stroller? I’m not sure. We had a couple people point and laugh, or even ask how he was doing, but the scareactors would come up to him and all he’d do was fist bump and then ask for hand sanitizer!

We saw several other families making their way through the park. Some kids were walking through the mazes just fine at around 6-8 years old. Some kids were being carried (like in this blurry photo below) and looked to be about 2-3 years old. I was told that you couldn’t carry a kid (and you can’t take your stroller in the houses), so I’m not sure how that worked but they were doing it and the children seemed to be having a good time. 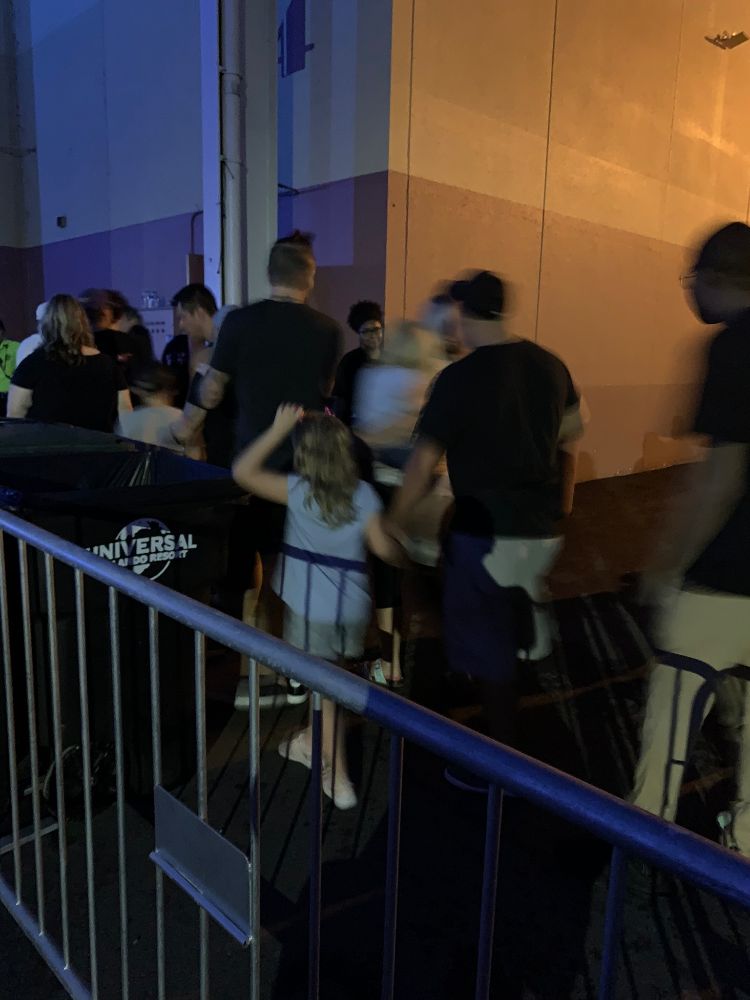 They were going into the Yeti house, which we considered to be one of the most intense, and we didn’t hear or see them come out looking any worse for wear. Again, every kid is different so yours might go through and come out screaming like a banshee. Be honest with yourself about your child’s boundaries and respect them. If you decide to go, have a backup plan in case things go crazy. 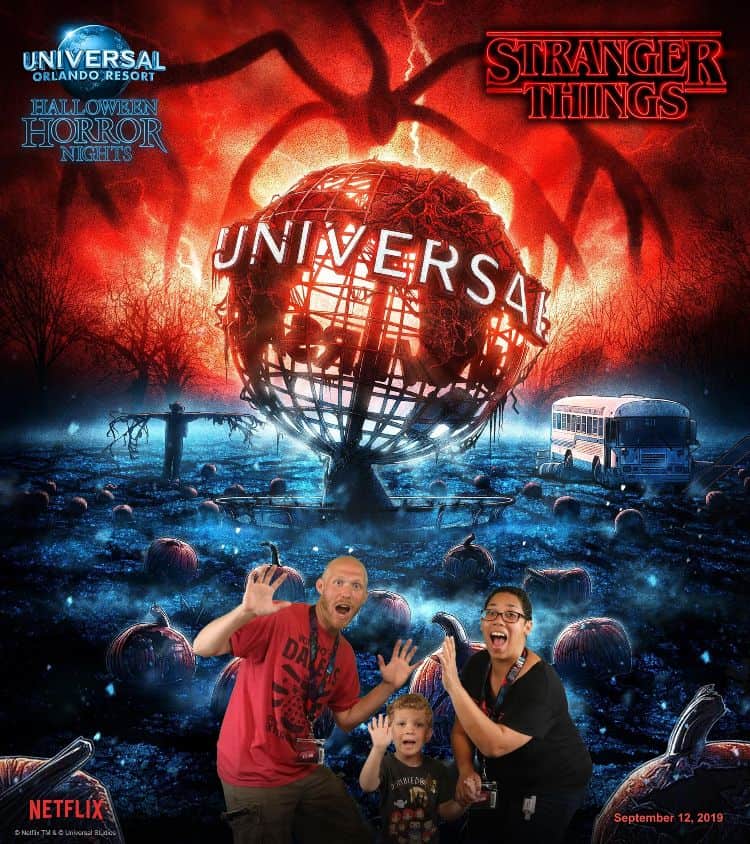 Caleb really wasn’t scared and he enjoyed himself enough to pose for pictures and then conked out in his stroller for a while despite all the lights and excitement. It’s definitely not for every kid or every family, but Caleb still says it was one of his favorite parts of the trip.

Thank you so much for reading this post! We are excited for the event and hope you are too! Think you’re all ready for Halloween Horror Nights at Universal Studios Florida? Here’s a recap of the most important tips (along with a few more):

Are you as excited as we are about Halloween Horror Nights 2019? Honestly, we seriously can’t wait to go and come back so that we can update this survival guide for you! Please share your favorite tips for attending this amazing event in the comments section below! 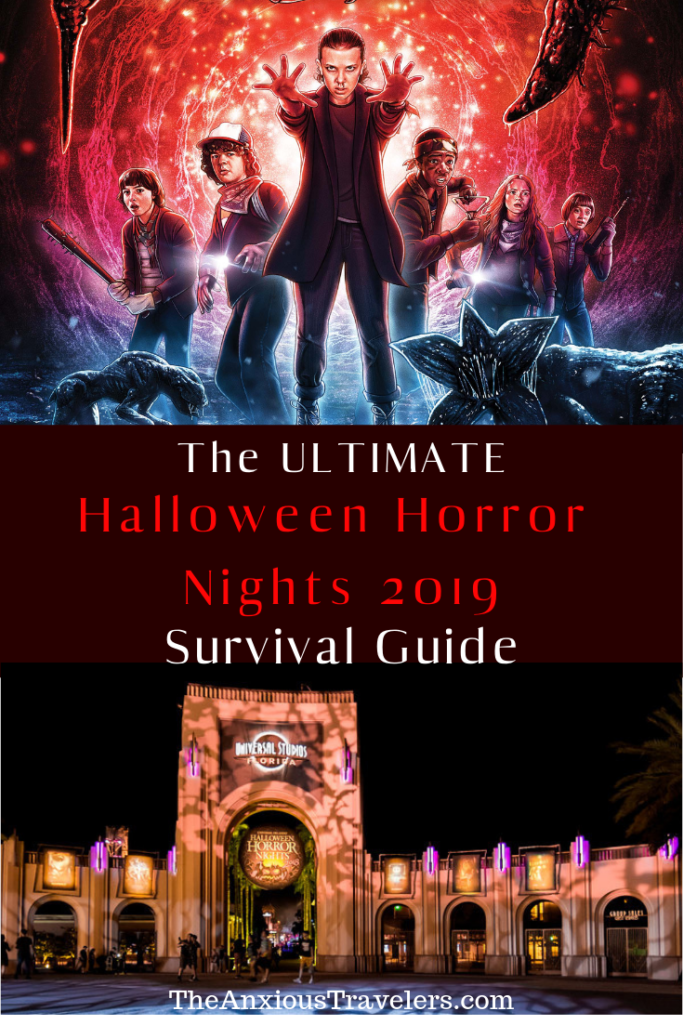 Deep Breathing for Anxiety While Traveling